The Pre-Apocalyptic Running for N.A.D.A. 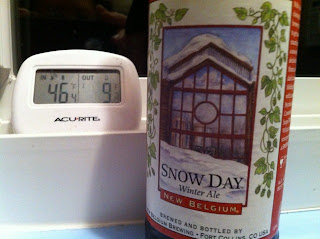 Winter finally came to Fort Collins, just in time for spring. And the apocalypse.

I'll write a running blogpost tomorrow, if the world doesn't end. But if this happens to be my last blogpost, I'd rather rant. The NRA really pissed me off this week.

So if you're pro-assault weapon proliferation, might as well stop reading here right now because I'd hate to make you have a stroke right before the apocalypse.

Well, the week leading up to apocalypse has been a big disaster. I'm sort of thinking the Mayans were off a week in their predictions. Looked like the world might come to an end last Friday after all the shootings and crazy pornographic media drama that follows such tragedies. Why are we so addicted to these horrible events?

Call me cold-hearted and callous, but I think that this country is a candidate for the Darwin Awards, and this shooting, along with the many other recent mass shootings, is just evidence of that. We're doing ourselves in, out of our own failures. Except the problem is, we're doing in the most innocent and undeserving members of society, those little kids, and those teachers who protected them. Those people and their families and their community paid the price for our collective stupidity.

The lessons will be repeated until they are learned.

Who in the hell is out of their mind enough to think that assault weapons or the proliferation of guns is a good thing?

Yeah, yeah, I know, it's a conspiracy by President Obama, who is a Muslim, wasn't born here, and wants to take away our guns and we'll all be speaking Arabic.

Even some prominent conservatives have backed off on their staunch anti-gun control positions. But not the NRA, which as far as I'm concerned, deserves the Darwin Award. Those cowards couldn't even make a statement, they were there shitting their pants in the corner while their supporters ran away from them.

Sitting there in a puddle of their own excrement, spinning whatever response they're about to come out with tomorrow. The NRA had to wait a week before they could make a public statement? What the hell? After 5 days they finally said something, and the statement they released was vague. They'll make "meaningful contributions" to make sure this doesn't happen again? And that they are "shocked"? Now they say they'll release details (of what?) on Friday. I suppose they're waiting to see if the end of the world comes so they might be off the hook.

They are a terrorist organization as far as I'm concerned, they are crazy motherfuckers. They have no credibility in a rational, healthy, functioning world. I hope they surprise the hell out of me tomorrow by saying something that makes sense, but I'm not holding my breath. They might qualify for a NADA. Which is, Narrowly Averted Darwin Award.

But then, this country is obviously not running on rational, organized thought. And we're certainly not healthy, not in any sense of the word. So I guess we deserve what we get. The NRA trumps common sense. We let them have lots of power. Stupid is as stupid does.

And, by the way, Steve at Run. Race. Repeat. wrote an excellent blogpost about mental health this week, very thought-provoking.

Just finished reading the NRA statement released today. Crazy nutcase. If we let them have their way, we do deserve a Darwin Award.

Not surprised at all.