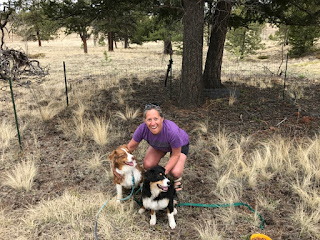 Finally reached my point of "I can't stand it anymore!!!!" The motorcycle tire around my waist is just too much for me to bear. It's grossing me out daily. I still have another month of working on this book most of the time, so the sitting is still going to be an issue for a while longer, but not too much longer.

As if I needed insult to add to my physical state of affairs, today I was out trying to run very slowly and carefully, trying not to aggravate my back, which has been sore and stiff for several days, and I passed some old fart (probably not too much older than me) on a bike who was pulled off the bike path by the sidewalk, talking on the phone. As I ran by, I heard him say, "Sorry I can't concentrate on talking, a female jogger just went by me."

WTF!!??? Excuse the #$%*& outta me! Every time I think I'm old, gray, and wrinkled enough to be immune from sexist ignoramuses like that, I get reawakened. So when he finally rode by me, I said, "You're lucky I'm not in my usual condition." I woulda kicked his ass and mansplained it to him. Perhaps he needed his balls cut off and stuffed in his mouth so he'd shut up next time?

What's been happening lately is that I have gotten really fat and out of shape. I've been very inconsistent with running and I've been having back problems too, a result of sitting too much, gaining weight, and not doing the exercises that I normally do when I'm training- core, weight training, etc. And I've been a bit stressed, over miscellaneous things, which contributes to stress eating, which I've been doing, and drinking too much alcohol, which I've also been doing. One of the main sources of my stress has now been relieved somewhat.

The other morning I could barely walk down the stairs, my back was so tight and stiff. And a few other reminders- trying to stretch in order to work on my back requires that I bend forward in certain ways and I am running into a pile of flesh. That I am not used to. Unacceptable. I really do need to lose about 20 pounds. 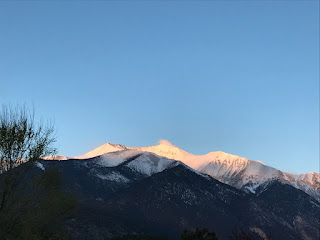 But. The other day I had an epiphany. I really do miss ultras and I want to move forward with a few items on the back of the mind bucket list. I have always wanted to do a 6 Day race. And I want to go back to the Keys 100. Just one of those races I always have wanted to do again- so much fun and so beautiful. Dennis wants to go back there too. And I am still looking at doing Across the Years 24 hour this year, just the 24 because I am so out of shape at this point I think it would be wise for me to just run for fun, get a few miles in, as a training run and hang out with running buddies I haven't seen in a long time.

In order to get to that goal of the 6 Day race, I think it will take me at least 3 years. I'd like to do Cornbelt again or another 24 hour next year, but shoot for the 48 hour at ATY then, if I'm ready. If not, I'll push it forward another year. I can think of some other way-out-there, crazy ideas too.

I've even considered Spartathlon, though I will need to get in shape to qualify again, and then there's the problem of getting in, and then figuring it all out, and then even finishing the race itself is iffy, which would probably involve some kind of crazy strategy of racing 50 miles then walking most of final 100+ miles. Which is fine, but that's a problem for another day. 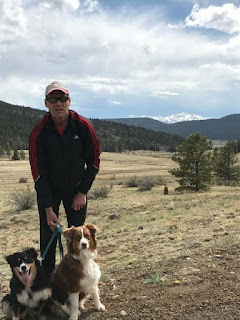 First things first. Marissa just told me she is looking at having another Fatass run this fall in Colorado. I imagine that will be 12 hours, which is a great summer goal for training, and a buildup to Across the Years.

My life has been extremely busy. I'm juggling several projects right now, and about to start on the last full chapter in the book. I'll be sending the manuscript off to the editor before I leave for any summer trips. June 30th is my deadline date, self-imposed, but I have stuck to it. The work on the Appendix will be a lot to do, but most of it is already written. It should be done in the fall, I'm hoping October, but before the holidays, anyway.

The girls have grown up! I've been super busy with them too. We ended up getting Velcro spayed a few weeks ago. We took a trip up to our property at Trout Creek Pass a few weeks ago. She was already showing some subtle signs of going into heat, and we were headed up to the mountains and I was worried about having her up there like that, with all the coyotes and other dogs up there. And bears, etc. So when we got back from our weekend up there, I made an appointment. And she definitely was in heat. 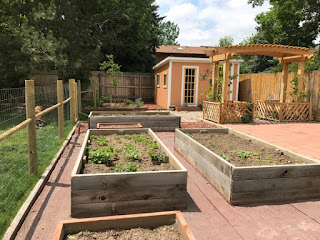 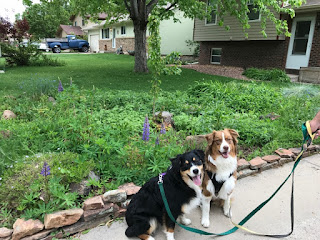 We have been going to the same vet since 1984 with all of our dogs, and we love our vet. Velcro does too, because she gladly went into the back with them, no separation anxiety in being taken away from her mom. Mom, on the other hand, had enough separation anxiety for all of us.

Velcro did fine, she didn't even need to wear her cone of shame. She was lethargic for a day and then you would never know anything happened. Gypsy is not nearly as physically mature as Velcro was at the same age, so we have time. The Gyppers is about 1000 percent more amped up with energy than her sister, so it will be a challenge keeping her calm when she has her surgery.

Oh, and my friend Megan just twisted my arm the other day into going out to Death Valley this summer and working on medical at this blog's namesake race. I swore it off, said I was retired, but I have to admit I sure miss Death Valley in the summer, and would love to see Ben and Denise Jones, John Vonhof, Don Meyer, and a lot of other people I haven't seen in some time. 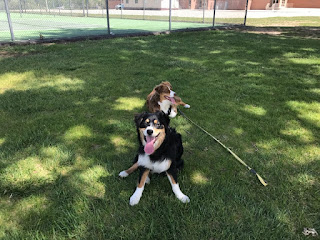 We had a huge storm here last week and we had a ton of heavy wet snow that took trees down and raised hell on everything. Fortunately we were spared this time, we only lost a small maple tree, the top snapped off. But our apricot trees were fine and our garden beds only had lettuce in them at the time, so no damage. Now that I've planted tomatoes, eggplant, cauliflower, peppers and more, I am sure we'll start having hailstorms.

That's about it...not extremely exciting, as I haven't been running much at all, maybe once or twice a week and just a few miles then. I have been pretty good about getting on my feet and doing 50 or so miles a week of walking most weeks. But I've had my share of slug weeks too. I know it's going to be a challenge to get it back, but I've finally reached a point where I am mentally ready. Now I just have to fix my back, which should cooperate with some massage, stretching, and gradual return to a real training program.

I hope to make more appearances at this blog. It's just been so hard to write the book and for my other writing obligations, and then I'm not running, so there hasn't been much blog-worthy news. I hope to turn that around in a good way, soon.