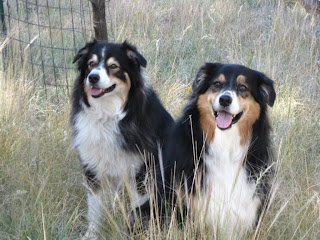 I talk about The Buffaloes often in my blogposts. Everyone who knows me knows about The Buffaloes, our girls, Iris and Isabelle. The girls became part of our family in 2001 when we were living in Arizona. Iris came first, she is the dominant one, the alpha girl, "The Dominator". Isabelle is two months younger than Iris and she is the more quiet, shy, and serious of the two, but don't be fooled, she is a fierce fence fighter.
Iris and Isabelle are black tricolor Australian Shepherds. The girls became known as The Buffaloes when they were puppies. They used to look like little brown buffaloes stampeding around the house. Now they are my running buddies. Isabelle prefers short, fast runs, she is a sprinter. Iris likes longer distances, but she has separation anxiety and doesn't like to run without her sister. 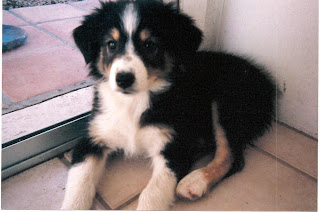 Isabelle's favorite activity has always been lying down. 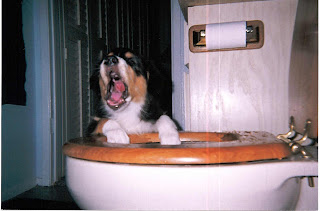 These days, Iris prefers the dishwasher over the toilet. 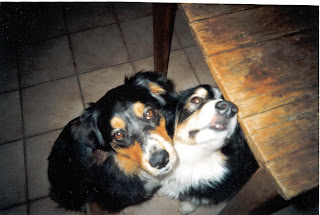 The Axis of Evil. 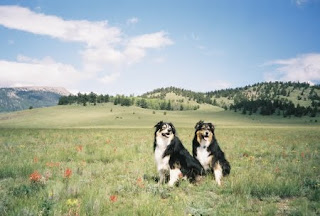 The girls in Como, Colorado, their summer hangout. 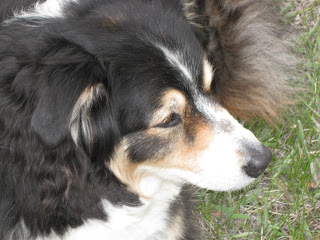 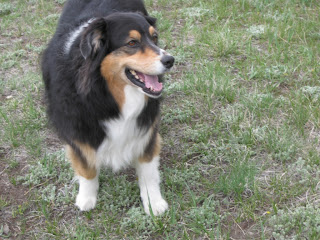