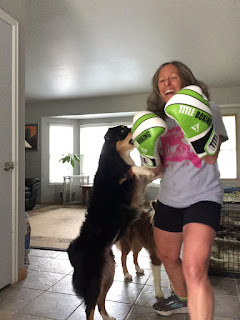 Strong Bad, who lives in Strong Badia, is my hero. I sort of like his Teen Girl Squad too, I used to use them to tease my brother about my niece Jenny when she was in high school. If you're unfamiliar with these characters, you MUST check out THIS.

It's been a while since I blogged here. This year I wrote a book.

There's something about writing a book that sucks the desire to write much else out of you. At least it was that way for me. I couldn't think about writing much of anything, I was so focused on the content of the book. There simply was nothing left. Between that and having two puppies, going through training, spaying, daily walks, cleaning up after them, replacing everything they destroyed, and we're not done yet...with the madness of having two high energy baby Aussies at the same time, I sometimes wonder how I did it. 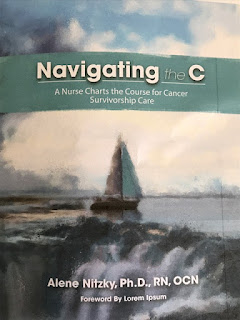 But the pups kept me in line and I got through the book, and the editor has it now. We are doing revisions. I expect it will be out late this fall. Here's the cover design, ignore the Latin from the template, this was just a rough draft.

It's about healthcare, the stuff I have ranted about on this blog and in other places, except less of a rant than about solutions and how those solutions are needed to improve the cancer patient experience, making it less traumatic and disjointed. In other words, people in healthcare need to clean up after themselves, the mess they make when treating people for cancer doesn't clean up itself. I'll have plenty more to say about the book later, and if you want to know more, feel free to go to my website and sign up for the updates where you can subscribe to get more information, bottom of the home page.

This summer I was supposed to help out at Badwater again but I ran out of time at the last minute finishing the manuscript and I promised the editor I would have it done by a certain date and she had arranged child care so she could work on it, and it took me longer than expected, so I ended up not going to Badwater. Slightly disappointing, yes, but then, it took a pretty good arm twisting to make me go back there, after claiming my retirement status.

I went to Scottsdale to hang out with my Dad while my stepmom went away for a much needed spa weekend, and he's been taking boxing classes. He has Parkinson's. If you've been to this blog before, you know he was being treated for a type of chronic leukemia a few years back. He's been in remission with that but almost as soon as he finished chemo, he was diagnosed with Parkinson's.

But my dad doesn't get stopped by much, and he has been doing everything he can to keep himself functioning well despite the symptoms he experiences, naturally from the disease and from the medication, which is not the easiest stuff to tolerate. He started taking boxing classes, specifically for people with Parkinson's, and he is also taking singing lessons, because the voice is affected by Parkinson's, and tap dancing lessons! He is fortunate to live in proximity to the Muhammad Ali Parkinson Center in Phoenix, and there are all sorts of great activity and support networks there.

He continues to work out with his personal trainer and goes to physical therapy too. He is busy and active, and that is the best thing anyone can do. I'm really proud of him. It's been difficult to watch this unfold but not as hard as it is to live with it yourself or for a spouse to live with it. Hence the spa weekend.

When I was visiting, I went to his boxing class and watched him. Seeing those men in his class work out was very inspiring, but I also was inspired by the workout itself. The strength, core, cardio, it all looked like a great workout, and I took karate lessons for a short time as a kid and loved it. When I got home, I looked up boxing and thought I'd try it myself. I took a class at Title boxing and I felt like I found the holy grail.

I have been having so much trouble motivating myself to work out on my own. I've never had this problem of self-motivation or discipline until now. I've struggled all summer, wanting to get back into running, and lose the 20 pounds I gained, and start doing some cross training, but I couldn't get myself to do it. The weekly donut runs were about all I was doing regularly. So now I'm taking several boxing classes each week, and so far all I can tell is that my abs are extremely sore. It is a good cardio workout though. I'm starting to feel a little smoother in the technique, but I'm naturally pretty uncoordinated, so every time we have to do a series of more than 5 punches, I struggle remembering the sequence, but I just keep throwing punches and that seems to work, for now.

I'm not running a lot, but I did do a 27 miler last week and it was the first ultradistance run I've done in a long time. I still plan on doing the There Goes the Sun 12 hour run next month in Arvada. And I did sign up for the 24 hour at Across the Years, just for fun, to run with my ultra buddy Sasquatch, a.k.a. Dale Perry, who has quite the interesting comeback story going on. There should be a good-sized Colorado contingent there to make it a fun party.

I've been staying busy with the community cancer programs I've been working on, things start to get busier for me in the fall. And there's a lot of marketing work to do on the book. So between that and puppies, who are going to be a year old soon, and need to start running, I have my hands full. And writing, of course. Now that I have the bandwidth to write my own blogposts for fun again, it's nice to be back. 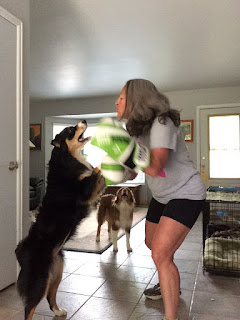 I'll be filling you in over the next few months with details on life, the book, returning to running, and boxing with puppies. I didn't even rant about politics yet, either, but who needs any more of that when you've got an overload of outrageousness in the news everyday! 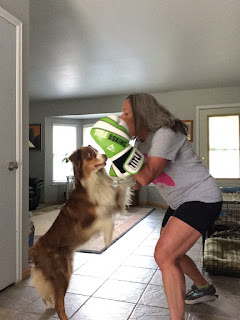 Enjoy what's left of summer, if you're on the top part of the planet, and I'll be back before long. Until then, I'll be in Strong Badia. Thanks for reading!