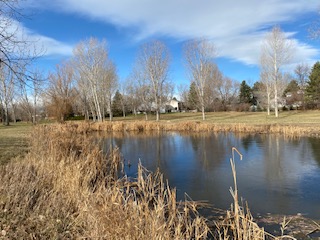 Hi all. I've been gone a while. Like everyone else, I've been coping with 2020 and all its weirdness and misery and pain in the best way I can.

Now that it's the middle of November and the election is over, the fires are out, Coronavirus is still raging, I've lost my Dad, restructured my life around a full-time job, and streamlined my former business into a low key hobby, I'm ready to look forward to whatever life has to offer after this bout of insanity that we've all shared.

The answer to the obvious question here is, yes, I am still running. I've participated in a few virtual events this year, and I have to say it's been more enjoyable than I thought. I feel like I am retired from formal ultrarunning events with one exception: Across The Years. That one I will continue to do, except for this year with the COVID problem.

Yes this year has sucked very much, even with some good things in between all the madness. I would have to say that the best two things that happened this year were starting a new job, which I love, and being able to hike in Rocky Mountain National Park every week this past summer until mid-August when the fires started.

I love my job. I can't talk about it in too much detail, but suffice it to say in a nutshell that I work on data quality in cancer research. It's very mentally challenging and intense at times and it's extremely cutting-edge. I am learning a ton. Plus it's remote so I always work from home, pandemic or not.

The really sucky parts of this year were: first, my dad died from Parkinson's disease on October 14th. I was able to go down there for a few days in early October visiting him and spending time with him, and helping my stepmom get him set up on hospice. He was still able to talk and joke about things while I was there, so it was a good visit. He was ready. He had almost no quality of life anymore. He told us he was done. And he was. I miss him. Parkinson's is a sucky, horrible disease and I'm glad he's not suffering anymore. 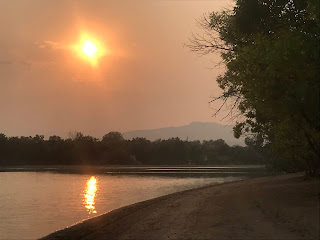 The next two sucky parts of this year were: 1) the fires that burned west of here, in the areas where I usually hike and run in the summer. It will be at least until next year before I know how much damage was done, if they open the trails at all in the next year or so because of the erosion.

And 2) the civil unrest that really blew up after the George Floyd murder, and there is so much to say about that and everything that's happened between then and now. It's terrible that it took until the George Floyd incident on video to get people to wake the fuck up about what's been happening forever in this country, and the sudden interest in anti-racism is a good thing even though it's so long overdue, and I hope it doesn't disappear from the forefront like so many important issues do when swallowed up by the next distraction. As far as I'm concerned, this inequality of justice is the most important problem facing our country, and it hurts us ALL. Including fearful white people who are scared to death of change and have a death grip on keeping us in the dark ages and/or the 1950's.

I am hoping to be here for at least another two and a half or three decades and I really don't want to move to another country, but I just do not understand how people could not want things like healthcare or equal justice or affordable housing or quality education for everyone. I just don't understand the whole attitude of, "It's my right to do whatever the fuck I want and screw everybody else".

I have an announcement to make. I am about to get my toes wet in a new sport. I don't know where this new path will take me, but for a very long time, I've wanted to climb the volcanoes outside Mexico City. I first heard about them 30 years ago, about the time I started doing ultras. The past year or so I've become somewhat obsessed by them and I am starting to plan to climb them once this pandemic is over and we can travel safely again.

On December 5th this year I'm signed up for a mountaineering basic skills course where I will learn rope travel, ice axe self-arrest, and how to walk in crampons. I need to learn how to do that before I can do those climbs. I'm looking at a late 2021 (unlikely) or 2022 (much more likely) trip to climb Iztaccihuatl and Citlaltépetl, the two highest volcanoes in Mexico. 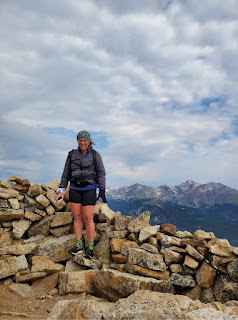 As far as my altitude thing goes, I did make it up one 14,000 foot peak again this past summer, Mt. Princeton. I was still Gooney Bird, but I actually did pretty well sleeping at 9000 feet the night before. I need to remember when I ascend these things, that I'm not running a race. I think I tend to go too fast, because I do have good fitness, but I don't adapt to altitude as fast as my body thinks it should.

And there is always Diamox if needed, which I have never tried before, but will definitely have on hand before I go any higher.

Next summer, COVID and permit process permitting, I have a plan to climb Mt. Whitney with a friend, which will be a good opportunity to carry heavy packs and get up as high as possible without traveling out of the country.

Again, it's been a while. I've been unable to write, just sort of paralyzed and overwhelmed by all that's going on around me. Writing has so often been therapeutic, but for the longest time this year it felt like I was re-traumatizing myself by writing about 2020 and the orange scourge, because it was all I could think about most of the time anyway. Somehow just knowing that things will change in a matter of weeks, 66 days until inauguration day, is so comforting, even though I realize how difficult it's going to be until then and beyond.

I'll check in when I can, as this winter progresses. Be well, be safe, and find SOMETHING to look forward to.