Two Vertical Miles, One Half Burqa 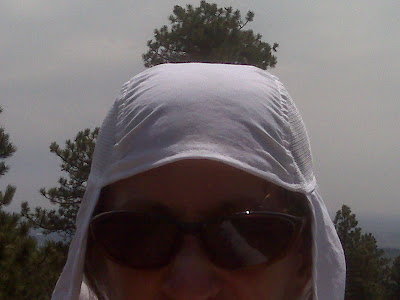 The girls insisted on getting up with me, and they have to do their routine in the morning, which meant they got their treats, went out to get the paper, and ate their breakfast way too early. They were pissed when I started packing up the car and putting my running shoes on. They were not going. I had to leave a note for Dennis to feed them halfway through the day because I might not be home until almost dark, and he was going to Denver. 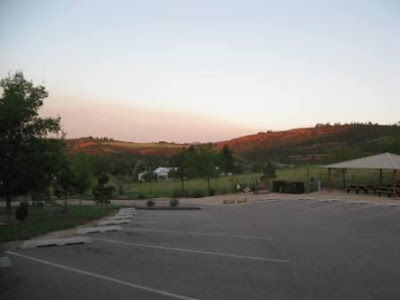 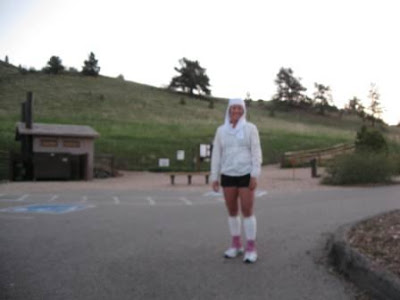 I felt sorry for JP. Not because he had to run with me in my crazy outfit, but because he was suffering from what he thought was food poisoning and was barfing on the side of the trail after our second repeat. I gave him some ORS (oral rehydration salts- bitchen swill!) and he drank it, then he did one more repeat and called it a day, a good idea. 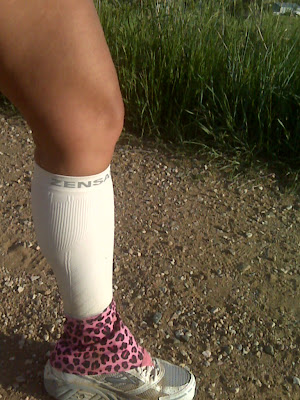 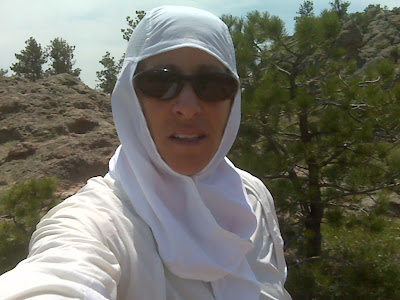 I continued on at a slow pace, not sure how I'd feel, but as the day went on I felt good and decided to go as long as there was daylight. I didn't feel like being bear, mountain lion, or snake bait. I called it a day when I reached 40 miles, which was exactly 9 1/4 rock repeats. My quads and calves were starting to complain and my shin was screaming. Forty miles and 10,350 feet of vertical gain, and the same of descent. That's climbing two vertical miles in a 40 mile run. Not bad, almost all of what I'll be climbing and descending at Badwater in 135 miles. It took me 11 hours and 20 minutes, not including breaks. I was in super slow mode today. 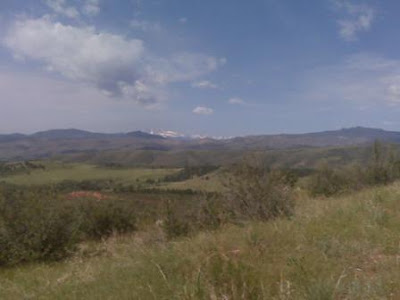 It was a cool day, never got much above 75 degrees. Nice views of Longs, the snow is melting, but lots of haze from the Arizona fires. I heard from Chris in Arizona who wants to join me for part of my training run when I'm in Phoenix next week. I'm off to Arizona for my last week of hard training, to get some heat. It should be at least 100 degrees this time.

Got a big blister on the side of my big toe. That's a bad callus area, so I need to work on that.

It was our 21st anniversary this week. The wildflower garden is blooming. We had a huge hailstorm the other night that trashed a lot of the flowers, but there are still a ton left in there. 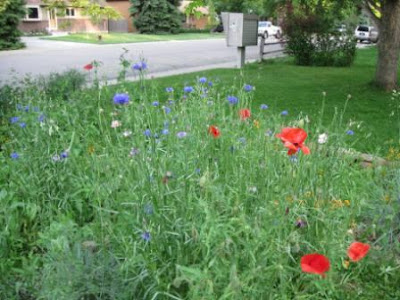 Other than that this week I bought a pile of running shoes, because I'm out and I need some for Badwater. I got some bigger ones too, because I always need that when my feet swell. Maybe if my feet keep growing I'll catch up to Dennis and wear his size 14s. Then we can share. 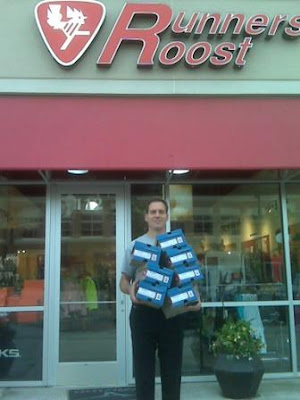 Felix thinks Dennis has a women's shoe fetish. What do you think?
Posted by Alene Gone Bad at 9:09 PM

WOW!
Thank You for posting this

Another Coloradoan! I saw you on blogs of note.

Eleanor at Mirror Of My World said...

hello, found you on blogs of note. think that what you are doing is amazing! wish i could run like you!
xo

Wow I am so impressed by you! I am a "runner" but I think it's an accomplishment when I run 8 miles! I am training for my second half and will hopefully do a full marathon next spring. I can't wait to read more!

Congratulations on 21 year anniversary. Hope you are having a glorious weekend running and training. Good luck on your Badwater Race.

Thanks Patricia. I can't believe how fast the years go by. I am so fortunate to have such a wonderful husband.

I had a great weekend in Arizona, and I'm looking forward to having a blast at the race!

Carrie, thank you for your comments, and good luck to you in your training! Eight miles IS an accomplishment. Keep on going, and you will do that marathon, and maybe you won't stop there. Maybe I'll see you at an ultra someday.

Thank you cybernano and others for the comments! I hope you continue to enjoy my posts.

Hello my friends view your bloger is nice profile have goud day!