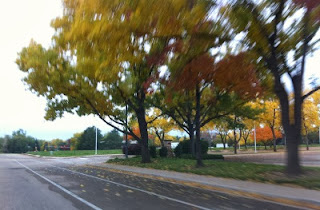 How did it get to be the middle of October? It's been a blur.

I'm not sure where the time went, but it's gone.

This week I did a couple of one hour pool run/1000m swim/3.5 mile land run workouts, and one day where I ran for an hour and did a little over 6 miles. That's all. That's all I had time for.

I got my business logo finished this week, and had a photo shoot with a professional photographer, in preparation for the website. I've been studying, and working on all sorts of parts and pieces of things having to do with starting things up.

I am just dealing with the fact that running is taking a back seat to some other priorities in my life right now. That's okay, too. I'm happy to be making some progress with the hamstring and I love the swimming. I suppose I'll get back to a steady running routine eventually, hopefully by the end of the year. I want to do some ultras next year.

But right now I don't know where the energy will come from. The work hangover fatigue was back on Thursday with a vengeance. Again. I don't have the reserves for this...not in energy, or patience, or anything.

But it did help me figure out something. I am thoroughly burned out from work, I went in there to work an 8 hour shift on Wednesday which ended up being nearly 10 hours, and I'm working both days this weekend, and next week is about the same, and just two hours into my first shift back I felt like pulling my hair out. I'll just have to figure out how to deal with it and move forward in my new endeavor so I can put this energy-sucking force behind me. 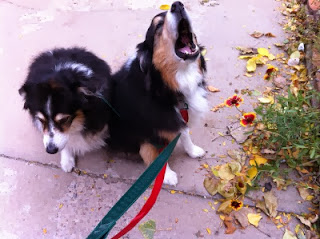 I still think it's sad, because I'm not the only one feeling that way and I know other people aren't in the position I'm in, where they can make an exit strategy as I've been able to. I'm done, I've been done for a while, with pretending things are okay. They're not. I don't pretend well. I can't just put on a fake smile and swing my ponytail and act like everything is good while everyone around me is getting reamed. I mostly feel sad that a job that I used to enjoy so much has become such misery. I wish I could just not care but that's not how I am.

So the way I'm setting up my future business will allow me to keep the enjoyable parts of my job, working with people and actually doing something that will help them to help themselves, but I won't have to spend the majority of my time facing a computer screen and gripping a mouse, clicking my way to insanity. I will be able to work with humans again.

This is my favorite month. I'm trying to get out and see the colors every day. It's not possible to go up to Estes Park the old way since highway 34 is destroyed. And the park is closed anyway due to the government shutdown. But I'm content to see all the colorful trees we have here in Fort Collins. 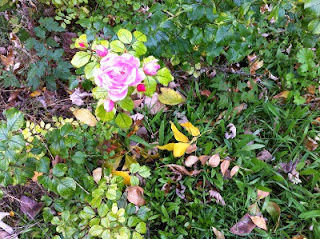 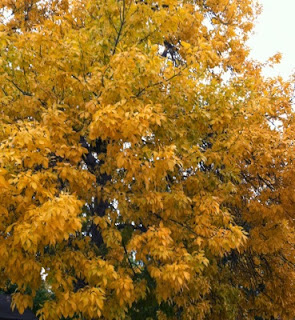 I am thankful I have the support of Dennis and my family and friends and that I'm able to miraculously generate enough energy to move forward and be quite productive. Even though I've felt horribly depressed at certain times, I'm not functioning like a depressed person. And I got my thyroid labs done the other day and that looks good. Two things I've avoided are the scale and the blood pressure cuff. There are some numbers I'd just rather not know at this point!

Mostly I wish I had more energy, and I wish my brain worked better sometimes, but brain fog and fatigue are two things that are a reality of my life and I've been able to manage both and function at quite a high level for a long time. So this speed bump is just another thing I'll get through.

Alene, you are AWESOME. Keep at it and things will be peaceful once again.

Thanks Josh, working at it.