Curse The Nurse: Not Gonna Fly 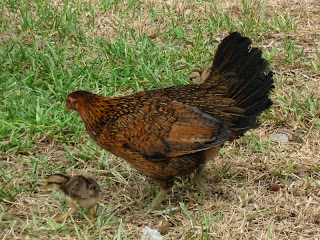 The chickens came home to roost. The old knee-jerk response out of the administrative playbook, blame the nurse, it's the nurse's fault, is not going to work anymore. Playing the game I call Curse the Nurse.

National Nurses United had the cojones to address the situation head on, instead of the pathetic response from the American Nurses Association. No wonder no one joins the ANA. They don't do a damn thing for nurses, they are part of the problem.

Just a few brief thoughts here as I am busy today with other things, and I want to attend the teleconference being hosted by National Nurses United about the Ebola issue.

Playing Curse the Nurse: It's a problem that happens from the lowest levels of management to the highest levels of national agencies. If you as a nurse let your manager know that there is not enough working equipment on the unit, they are likely to say, "Well, what are YOU going to do about it?" (implied: in between caring for 4 or more patients)

From a foot-dragging response to concerns about patient safety on the unit that could easily be fixed with an inexpensive solution, to passive-aggressive spying tactics and manipulation of coworkers to skew employee reviews, to playing dumb "I don't recall having that conversation", management plays this game flawlessly. They get away with it.

And as the CDC has shown us, it's a convenient tactic at any level of the health care industry. Blame the nurse for all the problems. Blame the people with little power and few resources for the missteps of those who hold all the power and all the resources.

Blame the nurse for breaching a virtually nonexistent, and at best, totally inadequate protocol. Tell other nurses, when your mistake is discovered, that they'll be fired if they say a word to the media.

Profit-mongering, covering your ass, and playing these big business games are unacceptable in healthcare. When it comes to public safety and patient safety, nurses don't operate like that. We are there for the patients first. No big executive bully is going to tell us we can't go to the media or we'll be fired. Being fired is better. Who wants to work for scumbags like that?

Provide the right equipment and training, quit screwing around and counting your beans, and take people's lives seriously.

The truth comes out. Oops.

Here is my friend Andrew Lopez on the issue.

There are additional public health issues coming to light as we discover that a second health care worker in Dallas has Ebola, and may have flown on a commercial flight with 130 other passengers. There are the issues of flying & travel, e.g. surfaces in airplanes, poor hygienic practices of staff who easily cross-contaminate the public: flight attendants, airline companies, restaurant workers, hotel housekeeping staff.

But we aren't even there yet. What I am hoping is the silver lining, in this Ebola outbreak, whether it is contained at a handful of cases or becomes something larger, is that the public will be made aware of just how dangerous a big-business profit model is to their health and safety.

You're right on, Alene, here and in other posts.
There's also a nexus of ignorance and stupidity among the public as well, along with our health care problems.

Frankly, I'm tired of passing the blame on down the line, to the nurses -- let's skip to it and place it where it really belongs:
The lady with the alligator purse! ;)

See my next post that addresses these points you brought up.

Thanks for commenting and reading!