What Color is Your Crisis? 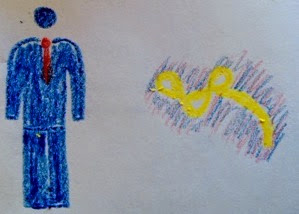 Pretty freaking amazing. Now the news media are going batshit over the Ebola story. What I find interesting is that none of the administrators of the hospital in Texas have come forward to talk about their own culpability in the "systems errors" that have been blamed for the discharge and re-admission of the patient with Ebola.

You'd think it was Ebola Awareness Month instead of Breast Cancer Exploitation Month. Instead of the Pink Scourge, now it's Purple and Yellow.

Yup, the so-called health care world is going to hell in a handbasket, and none of the people at the top can take any responsibility. No one seems to hold them accountable. They do make the big bucks.

Well eventually the Ebola scare will pass, just like AIDS and HIV freaked everyone out at the beginning until they understood how to control it and contain it.

I watched this short little interview on MSNBC with the head of the Texas Nurses Association and I had to comment. It was just too much for me to keep my mouth shut. Watch the whole thing but especially the end part when they interview the Executive Director of the TNA.

I wrote this in the Joy Reid Facebook page. I haven't heard a response, but then I don't expect to. The media wants sensational stories, not reality.

"In your interview with the head of the Texas Nursing Association I could not help but notice that this woman hemmed and hawed but refused to address the real issues in health care that threaten public health. The rushed environment, chronic understaffing, and the second class citizen status of nurses all contribute to these “systems” errors, to which she kept referring.

Furthermore, nurses are silenced and their jobs are threatened for raising concerns about safety issues, they are treated like second class citizens in health care, they are not represented on boards, those who do the front line work of taking care of patients are not the ones whose ideas are tapped for making common sense developments of EHRs, the workflow is separate for nurses because doctors don’t want to be bothered reading nursing notes even though they contain lifesaving information.

What about the failure of administrators and executives to be held accountable for "systems" failures? Isn’t that why we pay them the big bucks? Shouldn’t they have a duty to protect the public from faulty “systems”?

The head of the TNA sounded like she had no clue about what really goes on in the hospital setting. I would like to see the press interview a nurse who could really tell it like it is. The ANA nationally has a tiny fraction of our country’s 3 million nurses as members because they simply don’t represent real working nurses’ interests."


Yup. We've got ourselves an epidemic on our hands, but it ain't pink, purple or yellow. It's black and navy suits. Hiding out behind their "systems".

The real crisis is the failure to hold any of these suits accountable for their actions that harm public health.

Love this. The real epidemic is dressed in black suits and make nurses second class citizens! We are going to have a blast on The Nursing Career Transformation Roundtable!

Thank you Kate! I can't wait for the Roundtable.