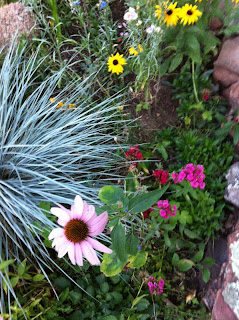 I should say, speaking for myself, another April memorial. April seems to be the month, at least in my experience, where a lot of deaths occur, or are commemorated, for people, creatures, and ideals important to me, including some that I've clung to, of which I needed to let go.

I never thought March, April, or anytime in the spring would be a good time to die, everything is coming to life. But maybe that's how it needs to be, to make room for something else. I always thought November would be a better month to end an existence, at least in this hemisphere.

This April's memorial is something different. Very different. There ISN'T something else. Some spirits have no successors.

Some spirits are so unique, that when they leave, the remaining world won't ever be the same. There's no void left, instead there's a solid, immovable presence, that can only be figuratively climbed by a few. To scale the presence of this rock face is to appreciate and understand where it came from, and why it was there. And so it is with Kevin.

This April the trees are barely leafing out, the bulbs are pushing up flowers, and there's a faint greening and blooming every day.

The world needed Kevin, but it didn't deserve Kevin. That might seem like an odd thing to say, but Kevin was so smart, sharp, talented, and deep that he existed on a level parallel with most other people's existences. People spoke about him at his memorial this morning, and had conversations among themselves.

The common theme I heard in those who spoke of him was how he impressed them, touched their lives, created a special place in their memories, so much that they shared a reverence for him. This included teachers, people in the community, fellow climbers, friends, family, and people who had known him just a short time.

I would have to count myself among the latter category, in my own version of reverence.

I think, but I'll never know for sure, that Kevin and I were cut from similar molds. Very different upbringings, interests, ways of embarking on each of our life journeys. We shared some interests, namely writing, painting, loving the mountains, flowers, and running, other interests were worlds apart.

Being different, being your own person, living a uniquely focused life takes a lot of courage. Bucking convention, doing what you need to do to cut through the loads of crap life creates and places in front of you from day one on this planet, sometimes before you're even born, is not an easy task.

People are a powerful influence when they impose their beliefs, values, and perceptions on you. Following your own compass requires constant vigilance, frequent focusing, and repeatedly comtemplating your purpose.

This is how I've always lived my life. Not that I haven't made mistakes, trying to conform, trying to fit in, trying to be like a "normal" person. It's never, ever worked, and I've never, ever been happy when I tried to take that route that wasn't meant for me.

As a result, I could relate to Kevin, he wanted a simple life, and so do I. It's been complicated at many stages but I've tried to resist convention and stick to my principles, I've sacrificed a lot of comfort and acceptance.

Rarely have I met a person who impacts my own life like Kevin did, in the short time I knew him, he was a reminder of my priorities, and a validation that I am on the right path, even though I still question it more often than I ever should. Kevin was half my age, but he was wise and possessed a spirituality and an intellect.

He knew, despite growing up in a world that offers so much distraction, that there was a greater purpose, and could focus on it. Living life fully was his focus. Climbing, the mountains were his passion, but coffee, good books, writing and painting were important too. He lived fully with his cancer, in his cancer, despite the torture.

Cancer was simply another climb for him, the way he faced it, not at all in the environment he wished for, but he faced it like a technical challenge and gave it everything he had.

Cancer was the climb that defeated him physically, but not spiritually.

Listening to the stories of those who knew him well, there were a lot of quotes...one that appealed to me was a Prefontaine quote, since Kevin used to run trails, too, it was "To give anything less than your best, is to sacrifice the gift."

Cancer isn't fair, and neither is life.

Even in the unfairness, it is possible to live fully, a satisfying and personally rewarding existence, even though to those on the outside, they think you're insane, foolish, lazy, selfish, or detached from reality.

Two of my favorite quotes happened to be on Kevin's memorial program:

Being in what appeared to be a roomful of people who mostly understood, I wanted to comfort some of them, especially the younger ones with tears in their eyes, who are at the age where cancer and death are far from an imagined possibility, maybe this is their first brush with the finality of death, or even the presence of cancer, in someone their age.

But I can only comfort myself, knowing that the path I've chosen for my existence and the experience and richness it's brought to my life is right for me, and I'm going to go right on doing it. Life is something that you have to discover and do, you can't go through it with someone holding your hand.

Afterwards I decompressed with a two hour trail run up at Horsetooth at a relaxed pace with Cat, and then I stopped by the neighborhood liquor store to buy the latest New Belgium seasonal creation: Rolle Bolle Ale. Which tastes good VERY cold, and is similar to a subdued IPA with fruity undertones. Not that I would want to sound like a beer snob, or anything like that. It's good, a little different, but far from my favorite. 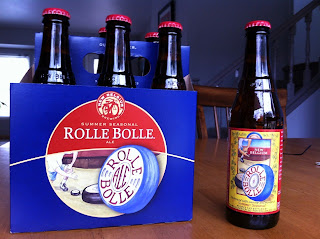 Actually this weekend is the release of Odell Imperial Peach IPA and I'm looking forward to that even more.

I have 50 miles in the bank so far this week, with Saturday's easy ten and Sunday's moderate effort I will get another 25-30 miles, which should round out my week nicely.

Today I did start looking at the race info for North Coast and my travel plans. I need to get another pair of shoes broken in fast, and figure out where everything that I'll need is located when I get to Cleveland, so I don't have to deal with too much city crap.

One of my patients gave me this advice about Cleveland: "Just shoot and walk away." 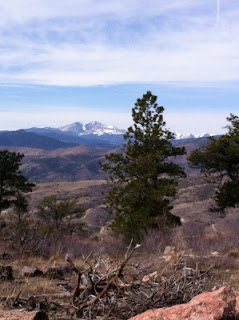 Another adventure in the works...

Beautiful Alene. I wish I'd known Kevin. Thank you for reminding me to be true to myself because that's all that really matters anyway. God Speed Kevin.

Thanks for reading, Teresa. You are right. That's all that really matters.