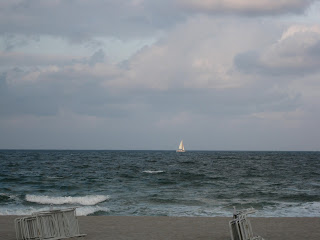 We're just 4 days into the new year and all kinds of stuff is already happening. On the home front, I have been consistent with my workouts other than running for nearly a month now, so I overcame that resistance, whatever was preventing me from being motivated to do the important work of resistance training and flexibility. I already can reach my mouth with the toes on my right foot. Progress.

I've been busy getting things set up to move forward on my new business website and bringing all the players together, attorneys, marketing people, graphic designers, website developers, and the nurses, patient advocates, and cancer survivors who are editing and scrutinizing my work to get it ready to go. It will be a whirlwind of activity the next few months.

And, of late...the primary election that is now being held in Oregon. Who cares about Iowa or New Hampshire? With the Bundy standoff against the federal government, the Republican presidential candidate wannabes are showing their true colors. Business as usual, in the ever crazier Murica.

Let's see if we can bump up the insanity another notch. If you want to be President and you don't even respect the laws of the country you think you want to run, then we have a problem. It's not okay to take over a federal building with an armed militia. That's sort of like this other group we know...called ISIS... but guns are sacred. The American mascot is no longer the bald eagle. It's a bald gunman. And while we're at it, let's save the fetuses so we can shoot 'em in the streets when they grow up. Like the columbine design Colorado license plate says, "Respect life".

The rest of the world, that once mocked and laughed at our stupidity and self-centered arrogance, is now scared because they see the danger of what could happen should one of these fanatical demagogues land in the White House. I laughed when I saw that most of these bozos took the bait and used the opportunity to diss Obama and puff their chests to fan the flames of their willfully ignorant followers, instead of taking a stance that clearly showed they have SOME common sense, as Rubio and Bush did.

Which is pretty scary to me, as I fear the presence of either of those two in the White House, but evidently they aren't quite in the same "loco league" as the others in the lineup of suspects we see in every debate.

I hope that this election is the beginning of the permanent decline of these punks desperate to return the country to the repressed American state of the 1950s and the social sentiments of that era and before. They've been trying to do away with science and facts long enough, and Texas is already censoring the schoolbooks. Let's keep growing the ignorance, that'll help our standing in the world. Talk about economic growth...an ignorant, uneducated, uncritically thinking underclass is just what the top 1% needs.

I did have a good laugh when I read the new story about White Republicans being the angriest. What are the demographics of the NRA, by the way? Check it out. What do you expect. You can only blame yourselves, you all voted against your own best interest because you were pistol-whipped, and you put all these morons in Congress who have done nothing but dismantle the underpinnings of the economy and the laws that make us a civilized society, they are doing everything they can to reverse progress on economic, education, social and civil rights matters, resisting attempts to deal with racism and social inequality and symbols thereof, and are trying to guarantee that every generation since the baby boomers heads into a future with no economic or social safety nets.

I am not thrilled with Hillary Clinton because she is too entrenched in the corrupt politics of Washington but at least I know she won't be going the way of the nutcases. And Bernie Sanders, I still feel he's a long shot even though his politics are most aligned with mine.

Worse yet, I cannot believe we've been hearing about the clown lineup of these delusional characters for so many months and we still have nearly a year to go until we pick the next occupant of the White House.