Thoughts on Snow and Ice in Spring 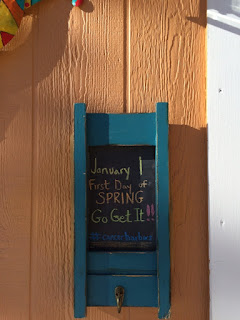 Welcome, nine days into a Fort Collins spring. Despite the cold and snow, I've been consistent, both indoors and out. Working on walking 10 miles most days, and doing a little running within those walking miles. I need it more for my head these days as my brain is overloaded. The walking time allows me to stop my state of panic, sort through my thoughts, and slow down. 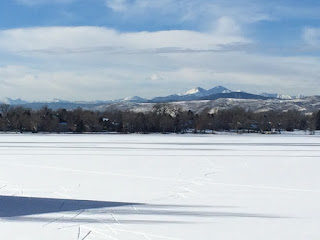 For some reason walking does that for me, so much better than running. And since I'm not training for anything, the running is not all that important, so I do it when I feel like it. So far the running mood hasn't struck me more than two or three days a week. It is mental, and part of it is also my poor level of fitness for a higher level of intensity. It's not as comfortable to run. I know, no excuses, and once I get into the habit, it's won't be as difficult. But again, no race, no stress. 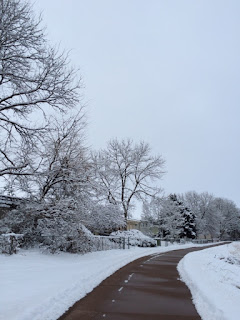 I've been enjoying the long stretches of bike paths in Fort Collins, that are always plowed before the roads. What drives me crazy is that the city doesn't plow the small streets, and they have poor drainage, so we get icejams.

We have this crazy system of garbage pickup here, we have several different companies that haul waste, and that means that almost every day there are trash and recycle trucks coming down our street. It's a waste of energy and is hard on the streets, in my opinion. But since we have this system, I say why don't we put blades on the trash trucks so they can plow the small streets as they go? I think that would help a lot. I'm sure the garbage companies wouldn't want that. But it's such an inefficient system, multiple trips down the same streets to collect garbage. And it would solve the problem of the small streets never getting plowed.

And as a pedestrian, the city is pretty bad about plowing sidewalks. Once the snowplows come through, they cover the sidewalks in snow and chunks of ice. Then, when they do clear the sidewalks, it's inconsistent and they don't enforce the sidewalk shoveling ordinance. The worst offenders are certain churches (ahem!) that should have plenty of young missionaries physically able to maintain their sidewalks and help their community...and apartment complexes. You would think these places bring in enough with the overpriced rental market in this area, but they can't seem to clear their walkways.

One of my neighbors on the other side of the street is the sidewalk Nazi. He calls the city on people. I wish he would follow me on my running and walking routes, he's be busy all the time. On our side of the street, our next door neighbor has a snowblower and usually wakes up early and does the sidewalk on our side, plus some of our driveways when he has time. I have a neighbor down the street who is in his late 70s so I try to get down there and move some of the snow if the neighbor with the snowblower hasn't been out.

I don't mind the snow, but it's the ice and bitter cold that gets to me. And the ice is worse than the cold. We have a serious ice problem in Fort Collins, as I've mentioned many times before. There is no drainage. A year ago the city replaced the corner curbs with wheelchair accessible corners, which is great for the times when there's no snow and ice. What happens, though, is the snow melts and slush and deep water accumulate at the ends of the streets, and the water backs up over the corner sidewalks, making treacherous solid ice sheets at every street corner in the neighborhood.

Brilliant. The marijuana money is helping with street improvements, but we need someone who isn't stoned to plan the improvements.

Well that's my snow and ice rant. I must be resentful because it's spring and we are getting all this snow. We did just plan a trip to Arizona, though, so I'm looking forward to that, if it's not snowing there. The other day I was on the phone with my friend Terri in Tucson and it was snowing harder there than it was here. And Flagstaff's snow this winter makes Fort Collins look like a tropical paradise.

Speaking of spring, I can't really complain because I have all this to look at as I walk and run the bike paths. 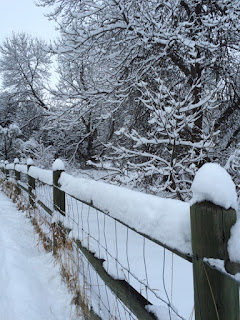 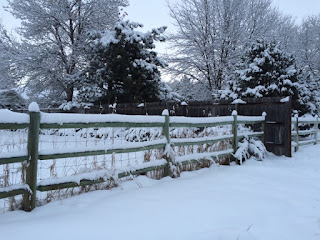 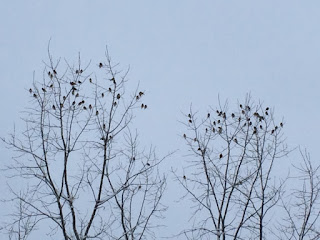 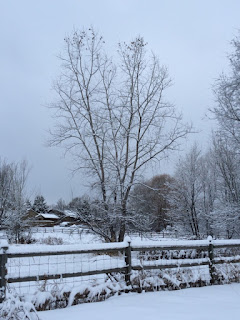 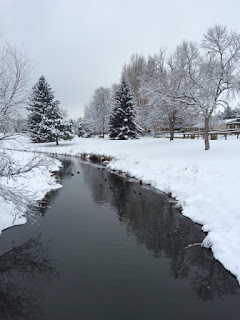 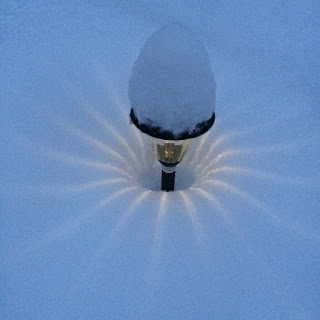 Email ThisBlogThis!Share to TwitterShare to FacebookShare to Pinterest
Labels: Spring