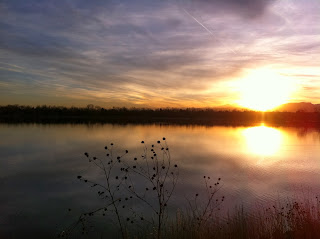 Wrapped up January with a kickass week of training, until Snowmageddon hit.

That's okay, it's February, we're a whole month into spring, and a little snow never hurt anyone. Keep in mind that we're happy to have it after the fires of the past few years. Whatever we can get now will help this summer.

I had a fantastic run on Wednesday, 17 miles of challenging hills between Maniac Hill and Lory State Park up and down along Horsetooth reservoir. I felt great and I kept increasing the effort on each hill. I finished up with the giant hill north of Dixon Dam and sailed back down to my car at Rotary Park. I felt awesome.

That was before Snowmageddon. I planned a day off on Thursday or Friday, and Thursday was perfect timing since we got dumped on with 5 or 6 inches of snow, and it was heavier than it's been. The ski areas are getting tons of powder, like 2 or 3 feet, but this stuff down here is heavy. Not quite tree branch-breaking, but close. Right before it started snowing, it actually rained for a short time, just enough to ice everything up on the surfaces underneath. Great.

The snow made running a bit challenging, but I had my MICROspikes Friday as I braved the unplowed sidewalks on the way over to the well-plowed Power Trail, where I met Emma for an afternoon run. The four miles of the Power Trail were clear of snow with a few ridiculously icy patches, but the two miles or so getting over there and coming back were more suited to snowshoes than shoe spikes.

Fort Collins has enough of a plowing problem on the streets, asking for somewhat clear sidewalks is a dream. But I guess I can forgive them since they always get to the bike paths first. 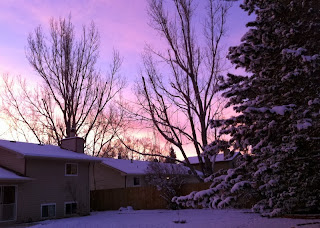 So what do you do when you're in the house surrounded by white stuff, too heavy and wet for the dogs because they get ice balls in their paws?

I needed an early spring ultra as I get ready for Cornbelt in May. I was looking at something in late March, but I'm on a budget and I needed to make it a quick trip, something driveable. Lucky for me I found the Prairie Spirit 50 mile race in Ottawa, Kansas.

I looked up information on it, it's a fairly new race but it sounded well-organized, the surface sounded good, crushed gravel with a few asphalt sections. I really don't care too much what the course is like as long as it's not rocky and technical. It's 8 hours drive from here, which is not too bad. I've never been to eastern Kansas before, either. The lure of the unknown...

I don't know why but I keep wanting to call it the Prairie Chicken. And so it is.

I signed up and I'm headed for another Midwest adventure! I don't think I've ever run a race in Kansas before. I usually drive across Kansas on my way to races, but this time it's a destination.

Plus it will be my first official race in my new age group! Unless I decide to do some short race before it.

It's supposed to be the Year of the Horse for the Chinese New Year, but I think for me, it's the year of the Prairie. Prairie Dog, Prairie Chicken, Prairie Spirit, whatever...prairie something.

Then we have the prairie Buffaloes, in their favorite natural habitats: 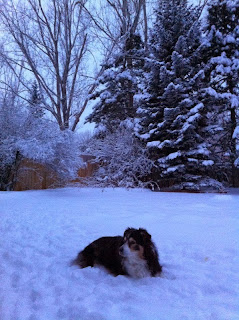 Isabelle, in her favorite place... 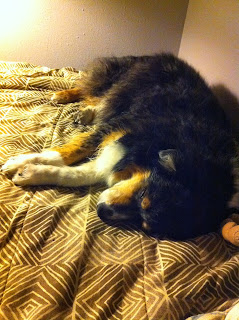 and Iris, in hers.

This morning it's snowing again, looks like we got maybe another inch so far. I need to get out there and do some miles. Tomorrow is the Tortoise & Hare 5K but with these icy conditions, with an 8 am start, I don't think so. I'll wait until mid-day and go to the bike path and do some fartlek or something instead, once the ice melts.

But next week I get a reprieve from the snow and ice, off to Arizona to run Pemberton 50K! WOOHOO!
Posted by Alene Gone Bad at 8:34 AM

I was signed up for Prairie Spirit last year. But I noticed they were going to have a blizzard in Kansas that day (and they did) so I cancelled. There was no way this Houston girl would make 25 miles into a headwind with snow. I went to Corpus Christi instead... lol!

Ultra Monk you are doing awesome!! yes I realize weather is always an issue that time of year, but I'll deal with whatever it dishes out. I just need a good hard run where people can push me so I don't act like a tourist.