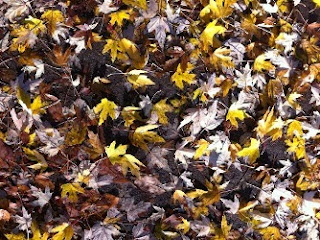 I bet you thought I was floating around in the muck at the bottom of the Arizona Canal. Wrong! I'm back! Somehow I managed to evade Sheriff Joe and his helicopters, so I didn't end up in the pink underwear-clad chain gang.

Happy November. I got home the other night after a quiet, fast flight back from Phoenix. I met some fellow ultrarunners from Washington in the airport so that helped pass the time. They were down for the Javelina Jundred, on the Pemberton Trail, my old training route. I also heard from my friend Brian who puts on the Pemberton trail 50K in February each year, and he reminded me to sign up. That sounds like a good first ultra to start with. It's only three months away but I'm pretty sure 50K won't be a problem by then. It won't be fast but it will be a start. 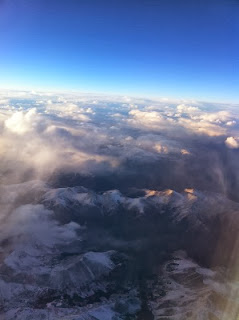 It's still beautiful weather here, the leaves are mostly off the trees now but there is still a lot of color everywhere.

This morning I made it over to the pool but I was exhausted. from the moment I started running in the deep water, my arms felt tired, and I was having a hard time keeping my momentum going, I couldn't stay focused. I was just plain tired. I got out after 30 minutes and started swimming, and the same thing, I bagged it after 100 meters and decided to go home. By 11:30 am I was falling asleep so I got into bed and slept until 3 pm!

I'm sure the traveling, social interactions, and energy of the past week have caught up with me. It doesn't seem to take much to wipe me out these days. Plus the stress of knowing I have to go back to work for a few more shifts. I get this knotted-up feeling in my stomach when I think about it.

I'm just going to have to tough it out until I get done. It's annoying. Why give 30 days notice when they're not even going to even replace you? I really feel like a body filling a few shifts in a factory. 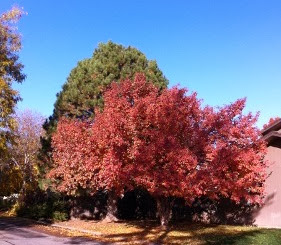 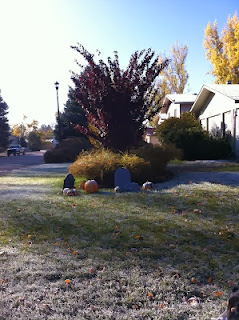 I don't really know how to convey all of what I've been processing the past several days. There's so much to say, some of which I can't say yet, because the words haven't formed in my mind.

All I know is that this has seemed like the most colorful fall ever, going out in a blaze of color. All the old leaves are dropping and next spring will be a rebirth and getting my life back! 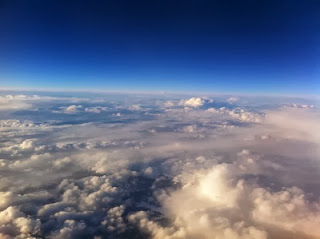 Flying home the other day, looking out the window of the airplane over pine dotted mesas dusted with snow, and bright red cliffs, the color was mind-blowing. And with the late day sun casting shadows from clouds over the wind-carved patterns in the landscape, it was psychedelic.

I was having intermittent hot flashes the whole flight, too, like I have been for the past several weeks. That's why I'm not sleeping well, I keep waking up sweating, and I have to cool off before I can go back to sleep. 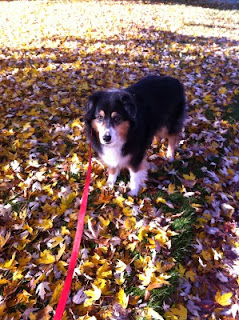 I can try to describe some of what I absorbed this week. None of it surprised me, and Amanda was very much like what I imagined she might be. She's strong, she's human, she has her strong moments and weak moments, she's not perfect and she readily admits it. She easily articulates her story, her point of view, her understanding of the system, and what she feels needs to be done to change things.

Amanda Trujillo is a real person. She's genuine, passionate, down to earth...she's real. She has the best of intentions. Her story is even more important. What her story shows is the cruel nature of the system and how it beats you down. 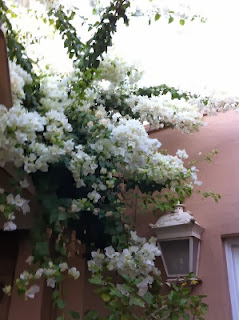 That they've censored it in the Arizona nursing schools- nursing schools are not allowed to talk about it with students. That shows you that nursing education is not really about educating people to become good nurses, it shows that they want to produce more factory workers, who will just acquiesce to the executives, say yes, and become good little Stepford Nurses and stab each other in the back when one of them shows a spark of creativity or intellect.

Amanda talked about nurses being authentic, about the practice of nursing allowing you to be who you are. But the system works against us, it wants us to function like robots in a factory.

It's easy to see how the system has skewered her, has engaged in total character assassination, has taken away her well-being and health in just about every way possible, and she's still standing. She's still raising her daughter through this ordeal, and her daughter has suffered too. She's a bright kid and has a future that I hope will not be impacted negatively from this mess. She is fortunate to have a strong mother as a role model, but she's also seen firsthand at a young age how the system can destroy people.

The Arizona Board of Nursing, which I wouldn't trust any further than Sheriff Joe, and Banner Health, have used their power and financial resources to effectively destroy Amanda's reputation and future employment prospects, at least for now. I think that impact will subside and Amanda will move far beyond this, she has everything it takes to succeed, except for the financial resources. And that is a problem that can always be overcome.

The thing that resonated with me personally about our conversation, of all things, was something she said toward the end. She said the exact words that I have said to myself so many times I can't even count, in that searching for existential meaning in all of this mess, in all the pain we go through.

I am paraphrasing here, as these are my own words: "Why was I put here on this planet, when I don't seem to fit anywhere? Is this some cruel joke? Why am I here? Where is my place in this world?" But Amanda asks the same types of questions. 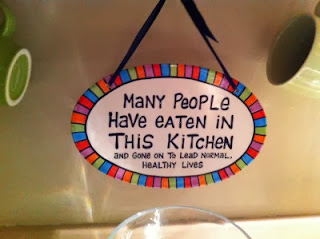 I told her what I learned a long time ago, that when you're different you have to carve your own path, the system will not allow you to exist. It will eat you alive, destroy you in the cruelest of ways. It takes a lot of strength and belief in oneself to overcome the psychological warfare that the world imposes on you. And it takes the support of other people besides what you have in yourself.

Unfortunately a handful of other nurses have engaged in backstabbing Amanda, instead of realizing that there is a lot more positive than negative, or seeing through the ugly smear that the powerful interests paid for their attorneys to dig up, twist and put on display for the world to see. The world of nursing is losing huge potential to move forward by banishing her and it's a sadly transparent display of their shortcomings and shortsightedness to censor any discussion of her case in the schools. 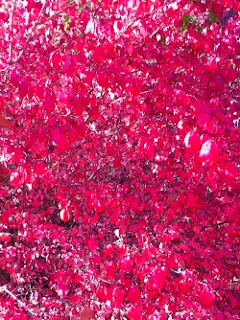 Every time we allow a nurse to be hurt, we hurt ourselves. At the same time nurses wait with daggers for someone else, they are really stabbing themselves.

Amanda and I both like this song because it's something that helps us through those rough days.

For me, by going into nursing after trying academia all those years ago, I gave the system another chance. But eventually it let me down again. I need to get out in order to survive. 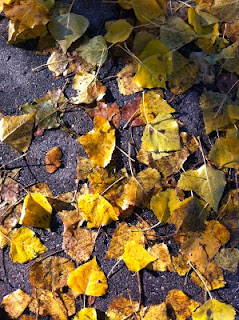 On my way back to my car on the shuttle from the Denver airport, I got a Facebook message from another nurse I work with. She said she had worked in my area that day and someone told her that I had quit for good. She asked if that was true. I wrote back and said, yes, it's true, in another two weeks I'll be gone. 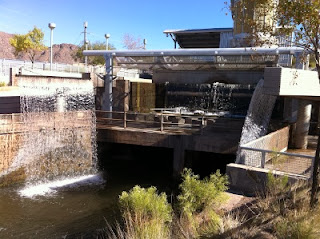 It's a nice view up there!