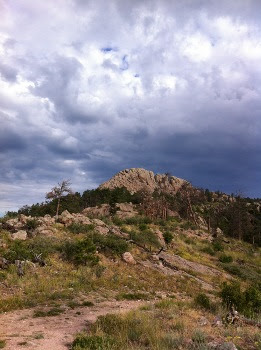 Did it. Two Rock Repeats this morning. My Sunday morning worship of the holy Horsetooth Rock.

I might not be able to walk by Tuesday, but it needed to be done. I haven't been up there in forever, the most hill running I've done this year has been the 10 mile out and back on Centennial Drive at Horsetooth Reservoir.

Dragging 130 pounds of body on a 5'1" frame up and down the Southridge Trail service road was slow and it kicked my butt. I could feel every last ounce of extra weight clinging to my body. 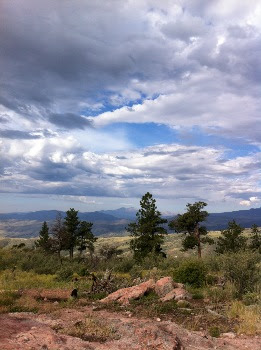 It was a cool morning and it rained in between my two trips, for about 15 minutes. Just enough to cool things off as the sun was starting to warm up the trail. Probably a good thing to send the snakes back into hiding.

On my way down the second time I ran into a Pearl Izumi teammate, Kristel Liddle, she was running up with her husband. We stopped and talked for a minute. I also ran into one of the doctors I used to work with in ICU, he was on his mountain bike. 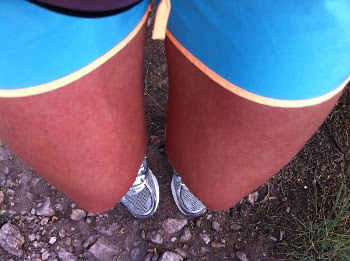 There's nothing like a good quad bashing to remind your body that it needs work. I could already feel them turning to jello on my second trip downhill. 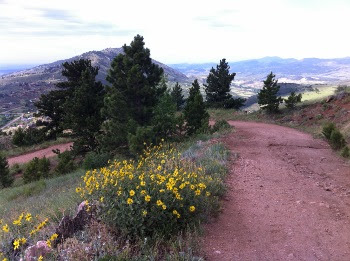 It's the last day of June, which means the end of the fiscal year for some businesses. It's the end of my fiscal year too, I'm starting out with a new contract effective yesterday. What contract am I talking about?

I have a plan. I have got to rid myself of this lead brick I'm hauling around. I made a contract with myself to get rid of it during the month of July. I started yesterday, a couple of days head start. Except I cheated and had a beer late last night. I won't be drinking any more beer for a while though.

I'm probably going to be a bitch, and I fully expect to feel like crap running for the next 30 days but I can't stand it anymore. I weigh too much and it's too hard to move. I have a plan to deal with it and I'll share it on the blog here after it's done. It's one of those "don't try this at home" deals. I have a plan for how to get through the work days too, those will be the biggest challenge since I'll be in need of brain fuel. 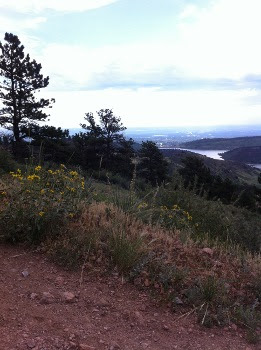 My 2008 Badwater crew member Nick Clark finished sixth at Western States on a hot day. Still waiting to hear how another Fort Collins resident did, Alex May. Last I heard he was still in the race and making the cutoffs.

This cool weather and rain we've had the past two days has been a nice relief. Meanwhile all the hot places like Phoenix, Las Vegas, and Death Valley are nearing record temperatures. I'm enjoying the cool air, but I still wish I could go to Death Valley!
Posted by Alene Gone Bad at 11:12 AM