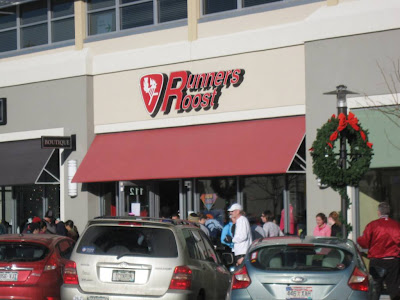 Since I couldn't be in Arizona, I decided I might as well support the local race, the Runners Roost 5K. It was fun to see so many runners I hardly ever see anymore!

New Years Eve Dennis & I celebrated with some champagne and the Buffaloes in the Woman Cave. It's evolving, we bought some furniture and I'll start working out there this week! 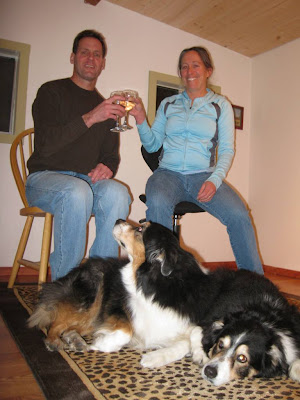 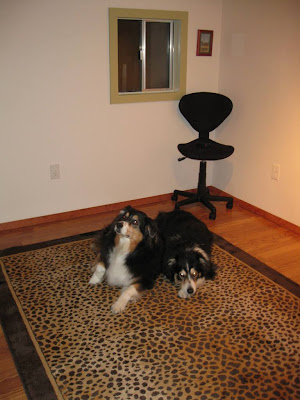 We celebrated New Years in the Greenland Time Zone (4 hours earlier than here) went to bed early and woke up late. We can't stay up that late, and the race wasn't until 10. That's my kind of race. Dennis was going down to Denver to see his mom and pick up the desk for the woman cave.

I needed a good warmup before the race, it's always scary going into something fast when you have slow legs. I've been doing strides, so that helps. I did a few miles and strides before the race, running by myself on the back streets of the course where I didn't see any other runners. I always feel sort of ridiculous doing strides, being as slow as I've become. It must look like a track and field movie in slow motion, starring a short-legged runner with bad form.

I ran 23:05. I was hoping I could make it under 25, so this was good. I didn't feel like puking so I didn't make the extra push to get under 23, I probably could have put the hurt on if I'd started when I saw the finish line, but I was uncomfortable enough. First mile, 7:06. A bit fast, faster than I thought I'd run, but surprisingly not too uncomfortable by the end of it. Two miles, 14:13. Wow, even splits. Third mile, 22:22. I slowed down. Then after I finished I found out the second mile marker was off. So my last two miles were probably more like 7:30 ish.

There's nothing like running your first 5K in a gazillion years to give you a reality check. I've got work to do. It's the first day of spring, tomorrow I'm going for a run up at Horsetooth with some friends, and I'm ready for action.

Happy New Year! I'm off to help Dennis set up the desk in the Woman Cave with the Buffaloes.
Posted by Alene Gone Bad at 1:27 PM