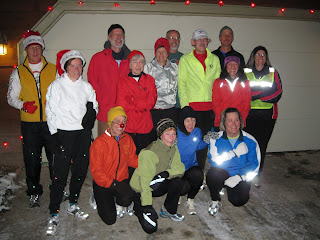 Last night was the annual Fort Collins Running Club Holiday Lights Run & Potluck, hosted by Allison & Art Horn, and their two cats. We all show up around 6 pm, go on a short run through the neighborhoods of central Fort Collins and over to the lights display on the Woodward Governor campus, and then back to Allison & Art's place for the potluck. Every year there are samplings of all sorts of creative, delicious food and this year I gave a slide show on my run at Badwater. 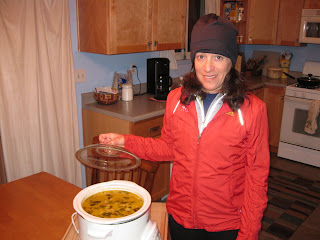 This year I made Tom Kha Gai, chicken coconut soup, in the crockpot. The girls were very upset when Dennis & I took the crockpot out the door instead of sitting down at the table to eat. Probably more upset that we were taking the food to the kitties' house! 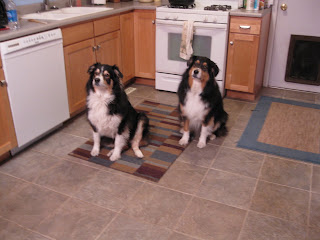 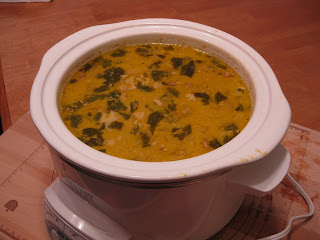 Here's the recipe for the soup, it's adapted from a Sunset Magazine recipe, December 2008.

You can also cook this in a regular pot on the stove and it takes less time, bring to a boil and then turn down the heat and simmer for at least 30 minutes. 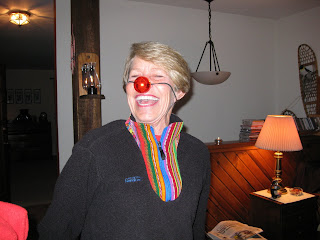 Morgan was going to lead the group on the run. 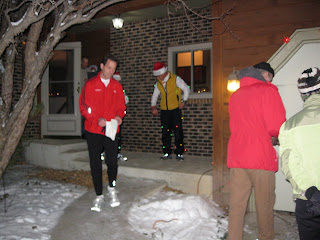 Dennis walks outside for the group picture, while Roger and Pam get ready to "light up". 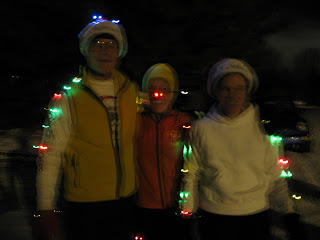 Roger and Pam were the "best dressed". 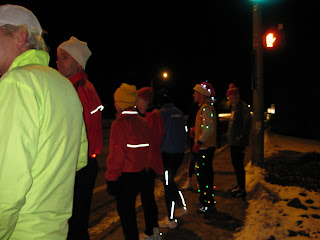 We ran through the neighborhoods before crossing at Drake & Lemay to get to Woodward Governor. 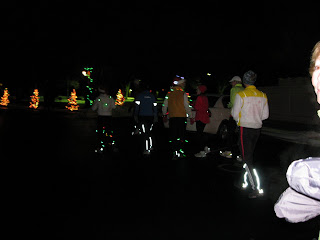 When we arrived at Woodward we looked for the best place for our group picture under the lights display. 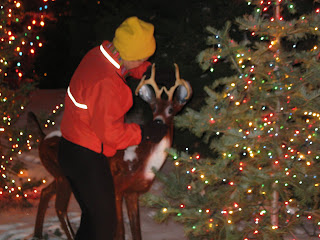 Morgan got tired of being the front runner. 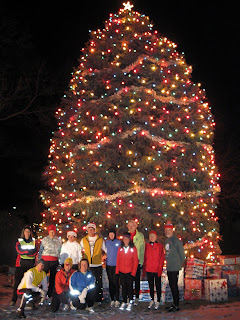 Back at Art & Allison's, everyone made multiple trips around the table to try everything. 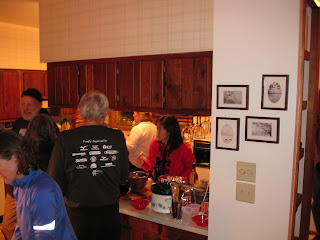 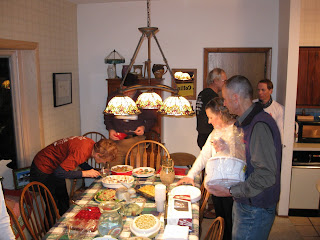 Paul, President of the Running Club, and Allison. 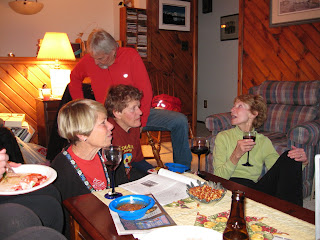 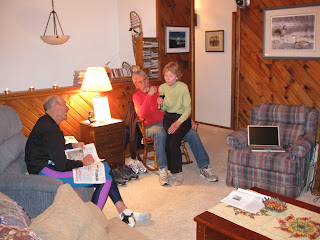 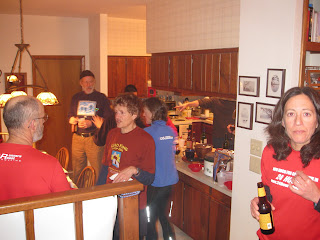 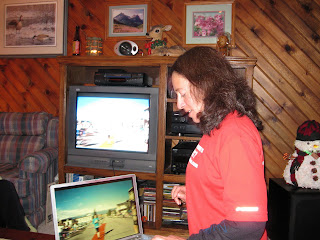 I gave my presentation on Badwater. It was fun to share the story and reflect back on it, something I haven't done much of since last summer. 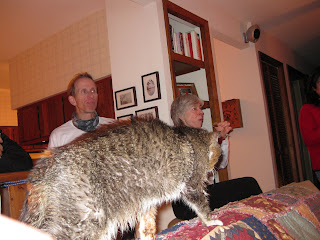 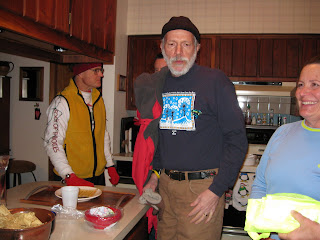 Roger, Jance & Allison in the kitchen. 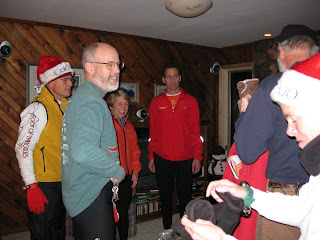 Roger, Doug, Morgan and Dennis before leaving for the run. Pam is on the right getting decked out in lights. 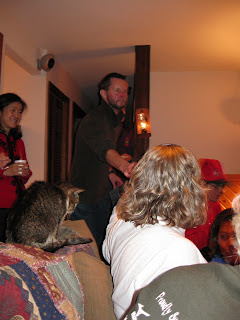 Ping and Art during the presentation. 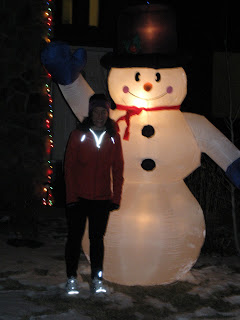 Felix, Nick and Dana couldn't attend this year, I missed them. Felix was in California and Nick and Dana are in the U.K. We'll see everyone at the T & H series starting in January! I won't be at the January T & H as I'll be coming back from Arizona after my Across the Years 48 Hour Run. I'll be sending an e-mail out to the club and to the club website on where to send messages during Across the Years. This year I'm going to need all the motivation I can get!

Happy Holidays everyone!
Posted by Alene Gone Bad at 6:33 AM

Thanks for posting the photos and report, Alene! Too bad I couldn't make it to the run this year and was bummed I missed your Badwater presentation. Sounds like the run was reasonably warm (at least compared to earlier in the week) and all that food looked yummy. I may have to try to make your soup recipe sometime!

Things are well in California although it started raining about 12 hours after I got here. I went for a 5 mile run this morning (first in a week) after it stopped pouring. It is nice to be breathing oxygen-rich air at seat level, but not as nice to be running with damp feet!

Talk to you soon!
-Felix