Base: A Curse And A Blessing 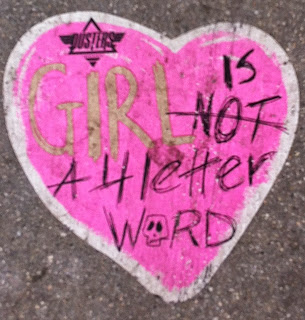 Last Friday I had the brilliant idea of going up to do three Rock Repeats. Two weeks ago I had run two, so three seems like a reasonable progression.

I got to the trailhead on a cool foggy day and started up the first time. Feeling good, I ran the bottom switchback up the road before I settled into a powerwalk as the pitch got steeper. I ran the flatter stretches on the way up the Southridge Trail, and as I neared the top, approaching Audra Culver trail, I turned and saw this guy in a light blue top running up behind me. I’d seen him at one point closer to the bottom. He appeared to be going just slightly faster than me.

Deciding not to push myself, I decided to ignore his pace rather than challenge myself to stay ahead. I don't have to take every opportunity to chick somebody. Save it, I thought. He passed me near the junction of the Horsetooth Rock trail and Southridge, and he took off on the trail as I continued up the steep, loose, rocky pitch before the last saddle at my turnaround below the Rock.

I reached the top of my route, despite only 8 minutes of running, in 35 minutes, not my fastest, but not too bad of a bad time for me. I turned around and headed down, reaching my car in well under an hour. Without stopping, I turned around and headed back up for repeat number two. On my way down repeat number two, which was over 40 minutes up, I already could feel my quads from the fast descent on number one.

I wavered between calling it quits at the bottom and doing a third, knowing I would pay for it. I decided it’s now or never, I want to be ready for the Grand Canyon in October, and I’ve slacked off in every possible way I can get away with. Now I have to at least inoculate my quads with a good bashing.

I stopped at the car and refilled my bottle, grabbed a jacket in case it rained, and headed back up for number three. I completed that one faster than number two, with a less painful descent. I don’t know why it hurt so much coming down the second time and not the third, but I did it and felt good, my best workout in a few weeks.

Saturday I was reasonably sore but not too bad. I only walked the girls, I didn’t go out for a workout of my own. Sunday I walked nearly 10 miles and by the end my hips were screaming, and I could feel every step down and descent on the mostly flat bike path. By Sunday night I was in quite a bit of discomfort, and by Monday it wasn’t feeling much better. I jumped in the hot tub and soaked for a while, and by Tuesday morning the soreness was mostly gone except for a few little pings occasionally.

It’s weird how you can run three times up and down Horsetooth Rock after being pretty much of a slacker for seven months, because of your base, but then it comes back to bite you in the butt. You do pay for the privilege of having a base. Your body thinks it can do anything, and it can. You do pay, but if you stick to it, the pain passes and you get strong again, quickly. In the long run, literally, it pays huge dividends.

My woman cave office and living room in the house have turned into a video production studio. The student I’ve been working with is graduating and we’ve been trying to get a lot of video footage shot before she finishes next week. I spend every spare moment on producing the materials for my services I plan to launch later this year.

I’ve made some good contacts lately on social media and I’m enthusiastic about the prospects for getting the word out once I launch things. And tomorrow is the start of Nurses’ Week.

Ha! You probably think I’m going to launch into a rant, but I already ranted on Fighting Dinosaurs. You can check that out if you like.

I went out to a party last weekend for one of my former coworkers who became a nurse practitioner and is leaving our old workplace. It was great to see my old coworkers. One of my other former coworkers is retiring in June so I will get to see them again soon when we celebrate that event.

I do miss a lot of the other nurses I worked with at the hospital. But I keep going forward, keep running, keep moving in the direction I’m going. I talk myself down from the occasional panic moments and anxiety about the unknown. I keep meeting interesting people and learning so much, it’s amazing how much there is to be learned that nurses don’t know about the patients they care for in the hospital setting. I’ve learned so much more from the real people going through all of these experiences with cancer than I could ever learn from reading journals and taking classes and working in traditional healthcare.

There is much work to be done, and I feel so fortunate to have an opportunity to be doing it.

So this Nurses’ Week, far from the misery of my last “job”, I am truly celebrating what it means to be an #empowerednurse, hashtag and all.

Funny how it all parallels with my running.

I have a strong base, that nursing knowledge along with my past experiences and education, and I paid for it with the rigors of a healthcare job, pushing through the discomfort of short-sighted people who are running the show but don't know how to put one foot in front of the other, but I passed them, and now it’s paying off in ways I never dreamed. Relentless forward motion.