F is for flashbacks, W is for weirdness 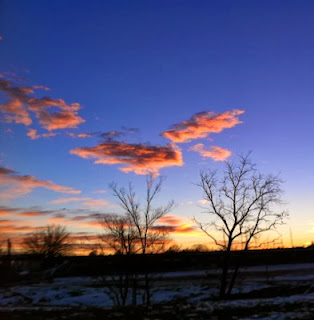 A flashback to healthcare...

"When an organization ceases to look at itself critically it no longer has the credibility it once had..."
This is a quote from a nurse.

He was speaking in the context of a hospital's Magnet Status not being held to any accountability standards. But it applies to many things, and it struck me personally tonight when I read it.

It is definitely the essence of why I left the job I did, and sums up why I don't want anything to do with corporate nursing anymore.

In fact, it sums up my non-existent exit interview. I tried to get one, but they informed me that they no longer give exit interviews. When I asked why, the human resources person could not tell me. She said she didn't know. I guess they are uninterested in improvement or change. Which was pretty obvious to me anyway, especially over the past couple of years.

Nurses don't have any protection, and physicians are rapidly figuring out what it feels like to be a nurse. It's pretty amazing and mind-blowing to find out that people who are responsible for keeping you or your family member alive- the most important job in the world as far as you're concerned- have no employment protections, no protection from retaliation or whistleblowing when they find and report a threat to patient safety, no backing to ensure that safe working conditions are provided by their employers, and so on...

Oh yeah, and I found this too...Amanda Trujillo continues her battle with the Arizona State Board of Nursing. The State Board is on a mission to destroy her. She will not be destroyed. Even if they strip her of her license, they will lose the war.

I made my first trip back to the world of the Cancer Center last Thursday night. The Survivorship Advisory Council (which includes me) had the opportunity to tour the construction site and sign the beams as the building is constructed. When I got the invitation I had a mixture of feelings. I really WANTED to tour the site, and I really WANTED to see most of the people in the group, in fact, all of them, with the exception of my former boss. But she's not my boss anymore and I really didn't give a shit what she did or thought, because she's been avoiding me for over a year and I didn't expect anything different.

I needed to do this to break the ice, to step back in and at least get a feel for things. I wasn't quite sure how it would feel. When you leave a place and there are unresolved feelings, you wonder if you're seen as the enemy. I know that I'm really not seen as the enemy as I've had an enthusiastic response and reception from everyone I've told about my new business.

But I truly felt like I might be crossing into enemy territory, just from the feeling I had from the cold reception I've had from my old boss, but she's always been like that. She did say hi to me, a very fake greeting, overly friendly, and that was the only thing she said all night.

After that she avoided my eye contact. Before I went in there I thought I might attempt a conversation, but she managed to cling onto someone else each time there was an opening and started an overly involved conversation, complete with dramatic body language and turning her back. I decided it wasn't worth it. I feel so much better, much freer being there when I'm not tied to the organization.

That was the only weirdness I experienced. Everyone else is really nice and supportive of what I'm doing, and they understand that it is a community effort. I signed the wall a couple of times, I wrote "bless the nurses" on a beam in the infusion area and I wrote an inscription on another wall in memory of a friend's wife who died from cancer.

While I was there, I also ran into one of the executives, no longer at the hospital, but is in a different branch of the same overarching organization. He greeted me as he always did, very friendly, and genuine. I quietly mentioned that I am no longer with the organization. He looked surprised, said he wishes me well in whatever I'm doing, and told me to stay in touch. I will let him know what I'm doing in the near future.

It doesn't have to be this way. The Pope is onto something...

Back to running.
Posted by Alene Gone Bad at 8:46 PM