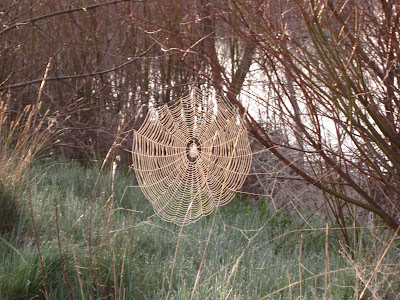 My friend Woofie has a great online ultrarunning list where topics relevant to ultras are discussed. Occasionally we stray off of pure ultrarunning, but there's always some relevance. Today Woofie posted his "seasonal rant" and was talking about bike safety and using lights when riding a bicycle in the dark. I had an experience this morning when I was running that seemed to fit right in with safety so I posted this rant in response to his. Here it is:

Speaking of safety, and not intending to diminish the impact of Woofie's rant, I had an encounter on the bike path this morning here in Fort Collins when I was running. There is a 20+ mile bike path around the city that passes through wooded areas, wetlands, winds along the Poudre River, gives great views of the Rockies, and is fairly safe for running and cycling. There are a few areas where I use extra caution about being aware of my surroundings, there are lots of big, leafy trees and dark little coves off the side of the bike path and I do occasionally see unsavory characters wandering around and the brush grows thick this time of year.

It's the kind of place you feel comfortable running through alone during the day, but after dark there's no way I'd be out there by myself.

Excuse this story but I need to vent my premenopausal hormonally-induced rage. I just feel the need to share my TOWANDA!!!! moment.

This morning on my run I was coming through one area near an overpass which has a dark tunnel through it and perches where I've seen homeless people hang out, there's lots of shelter in the weeds nearby, and it's far enough away from any city streets that you would have to do quite a sprint to get away safely.

When I'm on my bike, I give the "On your left" warning. Today I was moving slower than on the bike and these two women, probably in their 20s or 30s were wandering along the bike path, wearing those popular fashionable clothes that involve low rider pants with most of their (ahem...clearing my throat here, hope I don't offend anyone) BIG WHITE BUTTS hanging out with their little flip flops on, high cut tops that show off TMI, and totally, completely unaware of me coming up at a 10 minute mile pace behind them for the longest time. I could see them, one of them had their cell phone up to her ear, and they never once looked behind them, around them, just oblivious and clueless.

So I did the same thing as Woofie. I got right up behind them and very loudly yelled, "ON YOUR LEFT!" startling the crap out of both of them. (I won't even describe the bouncing ripples in the exposed flesh) I have been unusually bitchy lately too. Call it hormones. I was on a rampage. I don't know why but it pissed me off that they were so clueless. I got a few steps past them and I heard one say something in a not so nice voice about scaring them.

I turned around and yelled back something to the effect of "If you have no clue about what's going on around you, you should be glad I scared you."

What I WISH I had said was "If you're out here on the bike path with your clueless ass hanging out talking on the cell phone, you're a #$%^& idiot!"

I don't know why this pissed me off so bad today but it irritates me when people have no clue what's going on around them. They are a danger to themselves and a danger to everyone else who uses the bike path. And then the cell phone thing really irritates me. And even though these girls were not so young that they could be my kid, I will be so glad when the slut fashion goes away. There are enough cracks in the concrete bike path, I didn't need to see any more...
End of rant. 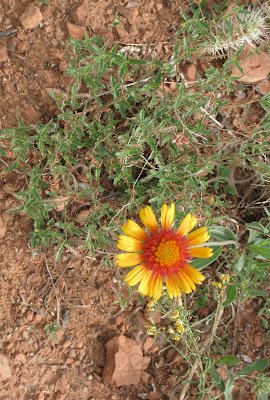 Email ThisBlogThis!Share to TwitterShare to FacebookShare to Pinterest
Labels: Rants

This made me laugh! I see people walking & talking on their cell phones on trails every Saturday morning. Drives me nuts!