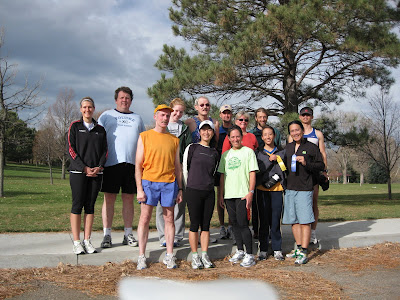 The first Sunday of every month is the Fort Collins Running Club's Tortoise & Hare series of informal races. I try to participate in as many as possible, they are always fun and they're a great way to get a fast workout in. They are usually on the bike paths or quiet streets around town, in a different location and a different distance each month. Afterwards we all go out to breakfast.

I did the 8K this morning at Edora Park. Felix was there! He's been out in California and I haven't seen him since before his bike adventure last summer. I also saw Nick, he's doing great in his running, just placed third in the Steamboat 50 followed by a 10K PR yesterday.

My 8K was not spectacular, I ran 38:04, over three minutes slower than my time last year. I managed to average just about 8 minute pace and ran my second half faster than my first half. I'll take a negative split where I can, but I really don't feel all that great running.

I did 70 miles this week, including my 50 mile run, but I can feel how tired I am. I took the girls out this morning for a quick walk before the T & H.

I woke up way too early, 5:05, that's with the time change. I got to see the morning light on the treetops, and got my cross training in with the girls pulling me everywhere, chasing the squirrels. They are easier to see now that there are few leaves left on the trees. 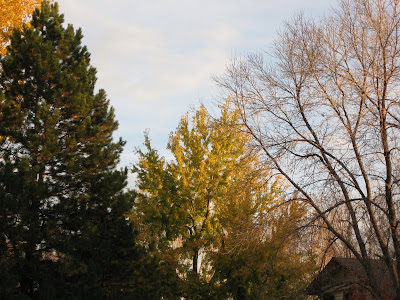 There's not much I miss about Arizona but one thing I do miss is not changing the clocks. We only have 4 months and then we go back to Daylight Savings Time. Seems kind of pointless.

Speaking of Arizona, I am looking forward to Across the Years, which is now only 8 weeks away! I'm also going to spend at least one extra night in Santa Fe before I drive down to Phoenix, to decompress, and go see some of the galleries. I need a mental break. I think I'll stop there on my way back, too. I found a great little hotel downtown last year.

I stopped in Runner's Roost at the new location this morning and got another pair of shoes, and some new tights for Across the Years. The new store is a lot bigger and they have a great selection of running gear. I like it because it's not so crowded, there's room to move around.

Someone wants my attention. Later... 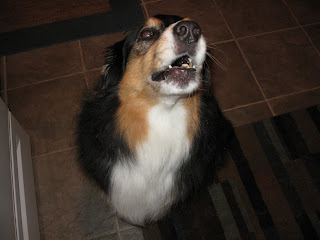 No doubt, DST is a waste!
Last time I checked, there's still only 24 hours in each day no matter when you begin.

I'll have to check out the new Runners Roost.
Do they have DryMax?

Hi Alene! It was great to see you! Good job on all the running you've done in the last two days!

It was great to see you today... hope to see you later this month and maybe next month!
-Felix