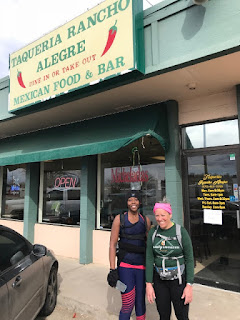 March 10th is my birthday, and it happened to fall on a Saturday this year. I was able to round up a few diehards to run with me for tacos. The plan was, 54 kilometers for my 54th birthday, with at least one taco stop. Again, the distance was perfect. It is about 17 miles from my house to the southernmost point on the course, a little dive of a restaurant called Rancho Taqueria Alegre. I'd never been there before, but when I was mapping the course, it was conveniently located. 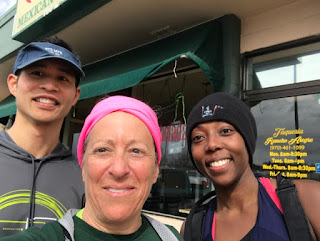 Cathy, Jen, Alicia and I started at Torchy's Tacos after I ran there from my house. Jen and Cathy were doing shorter runs so each turned around early, and Alicia continued on with me into Loveland. We took the new connecting trail between Fort Collins and Loveland that drops you off at Boyd Lake, avoiding almost all traffic. I love the new bike paths that are being built- it makes running so much easier without having to deal with cars. Felix met Alicia and I just south of Boyd Lake and we continued on the bike path until it dropped us at a spot half a mile north of the restuarant. 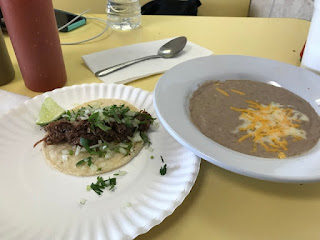 I had a taco and refried beans, Alicia was eating shot blocks and skipped the tacos... 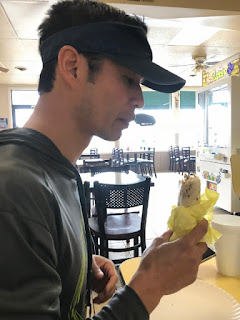 and Felix had a burrito. 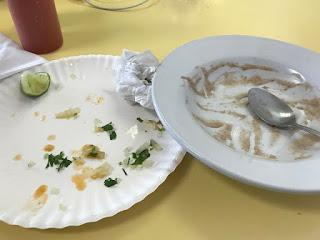 It was perfect fuel for the trip home. 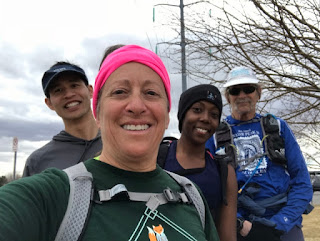 Sasquatch (aka Dale Perry, aka Richard Cranium) met us south of Boyd Lake and Felix and Alicia peeled off there. The wind was starting to pick up, and it wasn't because Sasquatch joined us or because of eating the taco and beans. 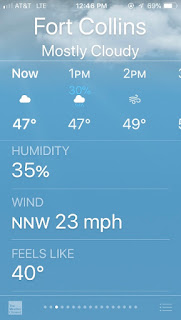 This was pure, Colorado, out of the north, unadulterated wind. The kind that blows the breath out of your mouth and the sand in your eyes. 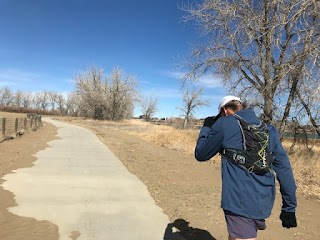 Sasquatch and I continued north toward Fort Collins and the wind was blowing the dirt across the trail, leaving dunes in our path. 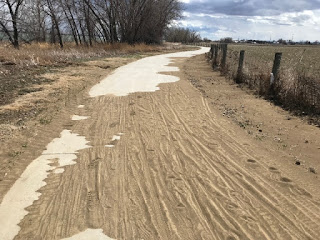 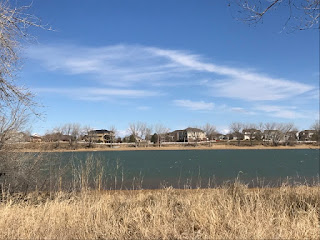 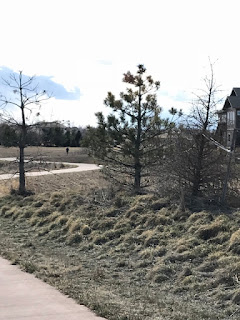 As we approached the lower Power Trail, Sasquatch turned around to head back to Loveland, and I continued north. 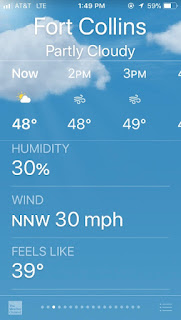 The wind was getting stronger. I was making slow progress and I wanted to make sure I got done in time to shower and meet everyone at the Rio for margaritas and more tacos by 4 pm.When I hit 30 miles I realized I wasn't going to make it home in time, so I called Dennis and he picked me up. Thirty miles was enough, and I banked a few extra miles last year on the donut run, so I used those to credit myself. 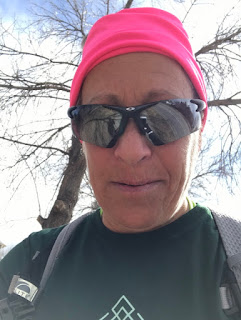 I wanted a taco. 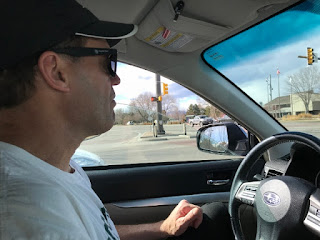 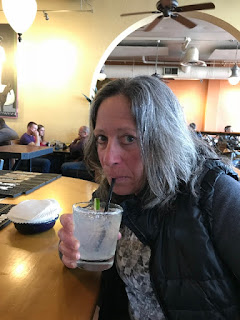 What I'd been waiting for all day! 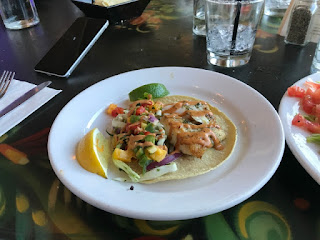 Last taco of the day. 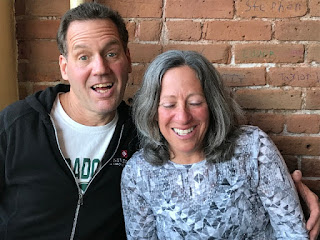 The best part was having Dennis and everybody join us at the Rio. Plenty of margaritas and food and fun. 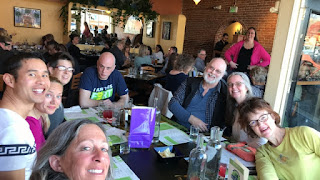 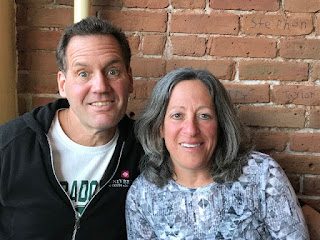 And what would a birthday be without dessert? Coconut flan. Great way to wrap up a perfect day of running, wind, tacos, friends, and celebration. Now I have to start planning for next year. 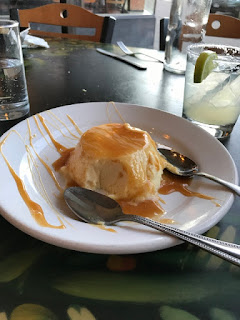