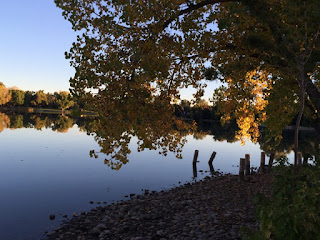 There really wasn't much to talk about running wise until now. I am 4 weeks into a consistent 4-5 day a week running routine and making progress. This weekend I did two back to back two hour runs. And felt pretty good. 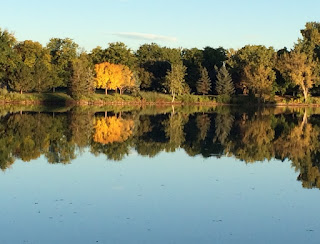 The Great Squirrel Caper happened on Saturday night to keep us on our toes. Isabelle missed the entire thing, she was sitting in the backyard grass, oblivious to the chaos in the basement.

First, we heard something in the chimney. We tried to ignore it, thinking it was a bird. Then it got louder and more frantic. We decided it was better to check it out now than wait until we smelled it. Dennis got a big garbage bag and opened the cover and flue from the fireplace downstairs. He waited for the bird to come down.

And a squirrel flew out of the fireplace.

It ran all over the room, Dennis chased it with a broom, trying to figure out how to catch it. It ran into the bathroom, jumped in the toilet, ran behind the door where Dennis thought he had it trapped, but it climbed up the back side of the door and flew over the top back into the basement. 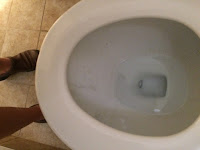 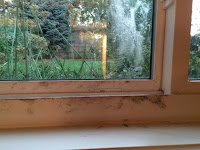 It had soot all over its paws and then they were wet, so it tracked black squirrel prints all over the carpet and the walls and everywhere it went. 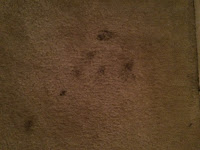 Finally Dennis got the window open and managed to get the squirrel to go out the window.
A little Saturday night excitement at our house!

I've been busy trying to get the last bit of content written before I go to Arizona next week. Will be speaking at BRA Day in Tucson. And visiting my dad and stepmom, running with an new/old running buddy and so on. My dad is starting to feel a little better and we're hopeful that the chemo will be behind him before too long. It's too soon to tell but it looks good.

That's really all the news I have now. I'm back to running but I have to say that's tentative because it's only been 4 weeks and believe me it's been a struggle some days. I wan to to run 5 days a week but sometimes it only happens on 4 days. That's okay. I am still doing a lot of walking and pushing Bella in the cart. I use that as my brain breaks from working.

I am running again, though, and I'm at the point where I can start to think about running adventure. Who knows what my crazy brain will think up next? Once I finish purging my brain onto the keyboard, if I have any brain cells left at all, I'm sure it will be creative. Halloween is coming, look out...
Posted by Alene Gone Bad at 7:18 PM