Animals in the Dark 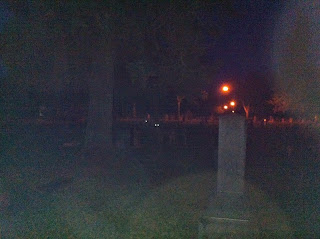 Yesterday was speed day with Wheaties Boy. After taking the day off on Thursday I wasn't sure how I'd feel for speed having done 50 miles in the prior two days before the rest day. My legs felt fine on Thursday but my brain was fatigued. So Friday morning I woke up at 3:27 am when my alarm was set for 3:30 and I was ready to get some miles in. 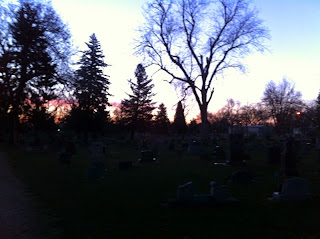 At the cemetery we got our warmup in and then started on our mile repeats. My first one was a huge struggle in about 7:30 and about halfway in I knew it was rough. Wheaties Boy is so much faster than me that he had plenty of time to recover from his first one, and I went right into the rest jog with him as soon as I finished. When we completed that mile, I started on my next one, and was gasping and wheezing by 400 meters. Then it was all I could do to keep pushing myself to run fast. It was taking forever and Wheaties Boy was about halfway around the cemetery ahead of me. I crossed the finish line gasping and said, "I don't want to see the time" but I looked anyway and it was 8:33!

So I said, "I'll just jog easy the rest of the time. He finished his last mile as I ran easy and then he had to go to work, so I stayed and ran until I had 10 miles in. I did push myself on one more mile and did that one in 7:53. I needed to recover a bit more, but those miles didn't really help my speed at all. I did run faster than I would have if I just jogged easy the whole way, but I am hoping by next week I'll see some faster splits.

We were joined by three deer and some big birds. It was too dark to see what kind of birds they were. I've seen skunks and raccoons, owls, deer and foxes in the cemetery. 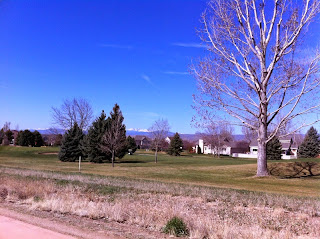 I wanted to get at least 20 miles in for the day but I was hungry so I went home and ate, took Iris for a few miles, and then ran out the Power Trail for a final 8 miles which gave me 21 for the day. I had a small amount of work to do so I got that done and then I was ready for more food and a nap.

After my nap it was almost 4 pm and I was hungry again. I thought about what sounded good. I wanted to eat everything in sight. I decided on something different, burgers, French fries and beer. I went to the store to get all the ingredients and stopped by the liquor store for some beer. I found this ginger beer from Left Hand Brewery in Longmont. I love it. You have to like ginger, but it is good! Also has lower alcohol content than most beers, about 4.5%. 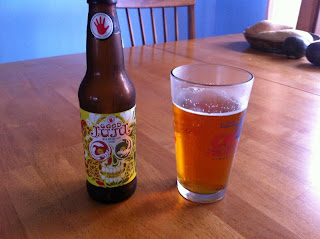 When Dennis got home we inhaled all the food. I felt like the bottomless pit.

Today I will run an easy 15 or so and then tomorrow is the Horsetooth Half Marathon. It's supposed to be cold and snowing. Nice. I guess I'll savor what I hope is my last opportunity this year to run in nasty stuff. I wish.

This is Colorado.
Posted by Alene Gone Bad at 7:17 AM