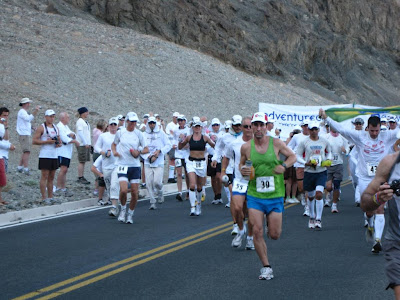 This past week I listened to an amazing story.

I attend a local cancer support group fairly regularly, which I joined early this year for two reasons. One, I thought I might be able to learn from listening to the experiences of cancer survivors, their caregivers, families and friends, as I was interested in making a move into oncology nursing, and also, I thought I might learn something that I could use to help my own family members who have been affected by cancer.

This past week the guest speaker was a physician, a surgeon who is a cancer survivor. Without going into great detail, I can say that his story really touched me for several reasons. One was that the audience, mostly lay people without medical training, were listening to a surgeon, and a good number of them were his patients. People tend to place physicians in a category somewhere on a higher plane than the rest of us mortals.

Everyone listened quietly as he spoke about his own cancer experience in great personal depth. He talked about the physical and emotional events surrounding it, from the events leading up to his diagnosis to where he is now, about 4 years out from treatment. To share such personal and private fears, revelations, and experiences with the audience was an act of great courage and strength. The audience saw that this talented surgeon is also very much a human being, very approachable and real, with the same fears and hopes, made of the same flesh, with the same vulnerabilites and mortality as themselves.

This surgeon also happens to be a runner and he talked about how the cancer affected his running and physical activity, with the neuropathy from chemotherapy, and the effects of the cancer itself on his ability to get through a run. He talked about the fear he had of the neuropathy not going away, because if it didn't, he might not have been able to return to surgery, which is one of his great gifts.

The kindness he shows to his patients and others who cross paths with him is an example of his humanity, and speaking publically about his experience is another gift he gave to everyone in attendance that night, and everyone who shares the story he told us was okay to share with others outside the group.

He described a renewed sense of purpose as a result of his cancer journey. He feels that he is here for a reason and he continues to do surgery with a special affinity for those who are going through cancer treatment. He is open about his own experience when he meets a new patient for the first time who is about to undergo treatment for cancer. It puts them at ease and makes them realize they are in the hands of someone who cares about the outcome.

I imagined him, taking each step, not being able to feel his feet, taking one step at a time, over and over. He went for an evaluation to see if his stride was altered while he was experiencing the neuropathy, as he was afraid he would fall on his face. They told him he was doing fine, so he continued to run. As I imagined him taking each step, I thought about the finite number of steps each of us takes in our lives. Some take more steps than others, by choice, or sometimes not by choice. Everything we do, enjoy, and endure is a step by step process, even when the steps blend together.

I can feel my feet. I have fairly good health and I don't have cancer. I don't need chemotherapy. I don't need surgery. I can take a lot of steps on my own, by choice. I want to make those steps count. I want to help someone with every one of those steps, if I can. You don't have to be personally touched by cancer in order to reach out with generosity, kindness and caring to those who have been.

Even in my good health, I could stand there at the start of a 100 mile race and think about how impossible the journey seems, and be intimidated by all the mountains I might have to cross in between there and the finish line. I could think about the pain I might feel somewhere in the middle, and run with my tail between my legs. Instead, I lean into the first step and feel my feet carry me forward to encounter whatever is in my path. That carries me to the next step, and the next, until the finish line.

People with cancer can't do that, they have to go through a lot of steps and feeling up and down and lots of places in between to get treated. It can seem overwhelming standing there at the starting line knowing you have so much ahead of you and so many unknowns. But there is only one way and that is forward.

All I have to do at the start is look around and see the other people who are joining me in that journey. We help each other along the way, and we make it to the finish line, exhausted, sometimes beaten, but better for it. We help each other through our bad patches and we give words of encouragement when someone thinks the only choice is to quit.

We tell each other war stories along the way, from our past ultra experiences, and share them for the purpose of encouragement. There are always reasons to keep going forward, to reach for the success of the finish line. Not everybody makes it, but giving your best effort and getting the most out of every moment is just as successful as finishing intact.

The PVH Cancer Center will happen as a result of people telling their stories and helping others understand the importance of giving, caring, helping someone up when they've hit bottom, when things seem impossible and they feel like giving up hope.

This surgeon knows, he's been there. He understands what a small act of kindness can do, how a few kind words can create enough support to pull someone up out of a hole they've fallen into, and stand upright and move forward again. It takes many steps forward to make the cancer center a reality. I'm going to take about 160,000 of them myself this weekend at the Lean Horse Hundred in South Dakota. Please join me in a few of those steps forward by donating to the PVHS Foundation Cancer Building Fund. If you're donating before September 1st, please call (970)-237-7400 to make a donation, as the website is undergoing changes at this time.

Check out this new music video for the PVHS Foundation. For more information about the video, go to their blog.