Fifteen to Fifty: Looking Back and Forward 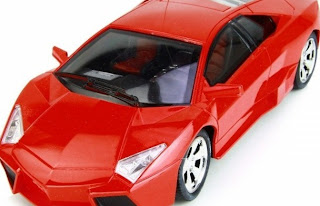 Not in 2.5 seconds like a race car. It's fifteen months to my 50th birthday.

This is no midlife crisis car, this is...

Speaking of fast, it's time to think about spring, just around the corner on January 1st.

I've been looking back over the past year, and preparing for next. I think it's a good idea at the end of each year to look back at what you accomplished, what loose ends are still out there, think about what you learned, and take those lessons forward.

I had a great running year in 2012. I had fun, shared some awesome runs with friends, learned a lot, got a 100 mile PR, and had some good races. I'm improving on the speed, but still have a long way to go before I'm where I want to be.

When I was 40 I wanted to have better fitness at 50 than I did at 40. I'm already there in most aspects of running, with the exception of pure speed, but I'm not 50 yet. I have time to improve.

I started the year with a fun birthday run that I got to share with Tom, Felix, Jen, Morgan, and Ginger.

I made a new running friend this year, Shannon Price (I like to call him Wheaties Boy, it fits him so well), who has so much energy and enthusiasm, and just enough insanity, I bet he could get a corpse excited about running. He could probably go to Grandview Cemetery, start talking running, wake the dead and get them running laps. He's been a great running partner and has challenged me to work harder and get results.

Then in the spring I went out to Iowa and ran a double PR, 100 miles and 24 hours. The sub-24 hour 100 miles was a long time coming, for someone who has run for this many years. But it helps to have a thyroid that functions, even if it's medication-induced, so that you don't start sleepwalking after the sky gets dark.

In June I did the Mickelson Trail run in the Black Hills with Ed.

This fall I ran a lot of short races, ran my fastest 5K and half marathon times in 5 years, and had a decent 12 hour performance in Oklahoma. I've been starting to place in my age group at the shorter distances again, which I wasn't doing for a long time. I have my sights on some faster times, and higher mileage at the fixed time events for the coming year.

Now I'm headed into Across the Years with a performance goal, not necessarily a mileage goal. I want to run strong in the second half of the run. That's my goal. It doesn't matter what my overall mileage is, I just want to be able to do at least 50 miles in the last 12 hours. I'm not going to stress about this race, it's more of a 24 hour practice, strategy, and training run for next year, to figure out nutrition, hydration, pacing, and supplies.

What did I learn about running this past year? I learned that planning is important, in the Black Hills I needed a much more solid backup plan. And I also have learned that I need to work on my support system, I'm used to running these things alone and unsupported, but it really does take a team to get the optimum performance in these races. I'll be accompanied by some crew on a few of my big races next year.

You can't get faster unless you run faster. I knew that already, but it really is true. I can only improve to the extent that I run faster in workouts. I've had some trouble motivating myself to get out and do the speedwork. Don't know what the mental block is about, fear of injury, maybe. But it's also discouraging when I can barely make it around the track, in much slower times than ever before.

Dennis reminded me that I used to run five times 5:50 mile repeats, on dirt, in the cemetery. Now I can barely make it around in 7:30s without CPR. I figure the cemetery is a good place to be if you croak while running...

I don't expect to run 38 minute 10Ks again, but I'd like to be able to run a minute per mile faster than I do now. All of my short race paces are about a minute to a minute and a half slower per mile than when I was in my 20s.

It's the raw speed training that I've avoided, and I need to get past that and just go do it. When I want something, I set my mind to it, I can focus and get it done. That's where I need to find myself in the coming year.

I want some lifetime PRs when I turn 50. The big challenge will be the middle distances, like 50 miles and 100K. I want to go back and revisit some of those ultra distances I haven't raced since I was in my 30s, and see if I can beat those times.

It will be tough, but I have to do it now, whatever speed I have left won't last forever. I think there are some muscle fibers in there that need to be re-awakened. Good thing I have a running buddy who can wake the dead.
Posted by Alene Gone Bad at 6:12 AM

That kind of sounds exhausting. Running fast is so hard. :D

Heather, I try not to think about it because thinking makes me tired. I just do it, and eventually I get used to being uncomfortable...

Good job being persistent this year, you're getting stronger as a runner, and that will pay off in faster times next year.