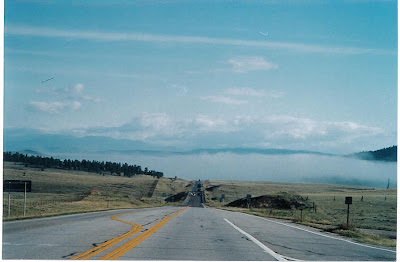 Life is getting back to normal. I'm back at work, doing projects and trying to focus on what I need to do next in my life. When I'm not at work, I take the girls for walks, I run normal distances or ride my bike, and I have time to do other things. Dennis and I have had some time together and we'll do more things this fall. I have been getting caught up on a list of tasks and projects around the house, my "A.B." list, that I've neglected for months.

It's still August and I said I wouldn't start seriously training for anything until September, which is next week. But I can't see getting too serious about anything yet, I'm having two issues that need to be resolved first. One is my thyroid, which has decided to become an issue again. When I suddenly change the demands on my body like I did when going from training as a full-time job to suddenly tapering, running the race, and then to nothing, my thyroid medication needs to be adjusted, but it takes a while before my thyroid decides what it wants to do about it.

I have been feeling tired the past few weeks. It came on suddenly. I have physical energy but I feel exhausted. It's hard to explain. My body can keep going but mentally I'm not there. It's called "brain fog". I've also been irritable lately. Afternoons are especially hard, all I want to do is sleep. But when I have the opportunity to take an afternoon nap, I can't fall asleep or I do sleep for a short time but I wake up easily and it's not very restful.

Last week I called in sick to work one day, I felt like I could not do another day. I used the opportunity to go get my thyroid checked. I've been wanting to since I got back from Badwater but I felt fine until a couple of weeks ago. I am edging toward hyperthyroid again. Given how I'm feeling, it makes sense. It's not as bad as it was a year ago, but it's headed that way so I have already cut my medication dosage back and will be re-checking in about 3 months. Until things start to balance out, I'm going to be hurting. Unfortunately 12 hour shifts don't stop when you're needing a nap every day at 2:00. I'll have to try not to bite anyone's head off. 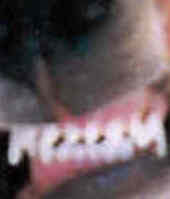 Katy and I, along with several other ultrarunners over the past 5 years, have had long discussions about how to manage training for ultras when you have thyroid disease. Hashimoto's thyroiditis can be frustrating because it seems like your thyroid has a mind of it's own. I have learned to appreciate it and I don't want to rip it out of my neck like I thought I did when this all started, before I got diagnosed and treated.

I'm not going to let it stop me from training and competing in the sport I enjoy so much. But I do have to listen to my body, and now it is telling me I need to bring things back into balance. I've had to learn to be at peace with it and go with the ups and downs. I've also learned to pay attention and if things are not going right, I need to not force it, and I need to stop and pay attention to why it's happening.

Chris Kostman sent out his Adventure Corps newsletter along with some emails to Badwater participants. What I liked best was the Chinese proverb quote: "Better to light a candle than curse the darkness." 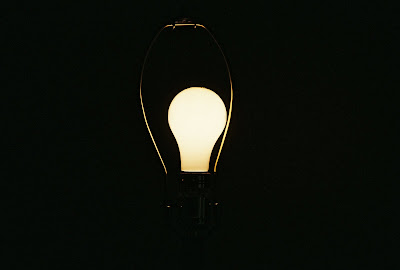 And the other issue is my left hamstring. I've been stretching, riding the bike and being careful about running, and I should try swimming but I haven't been to 24 hour fitness in almost 2 months. I have to figure out if it's going to be worth it to keep my membership, if I can get motivated to go over and swim, or do something. I hate to go somewhere to work out. I like it when I can go out my door and not waste time driving somewhere first. I'd rather use that time to be outside and moving. I might need to do something different if the hamstring doesn't respond soon.

I was running consistently but last week my hamstring got sore so I had to rest it. Today I ran an hour, feeling dead on my feet, but the hamstring was fine. I'll see how it feels tomorrow, when I go back to work for 4 out of the next 5 days. I am trying to run on at least one work day per week. On my days off I have been riding my bike again when I have the energy. I took last week off until Friday because I was feeling so wiped out.

Lately I rode to Berthoud a couple of times, going the long way through Loveland. I did a ride of 46 miles to the north end of Berthoud, and 56 miles yesterday. This time I was on county roads near Carter Lake. I could see the Flatirons west of Boulder. It's a scenic ride and it's going to get better as we get into fall, with all the colors.

We went to the cabin last weekend just for Saturday night and took the Buffaloes for a hike. The trees are starting to change colors up Tarryall Creek and it's so late in the season we missed the wildflowers, mushrooms, strawberries and raspberries. We did see a few mushrooms. All we did was that two hour hike and that was all I could handle, I was ready for a nap. 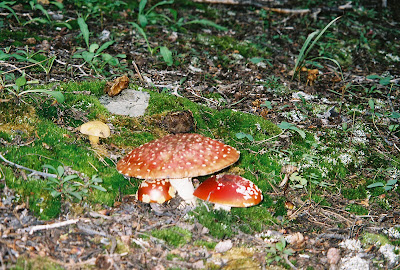